Comfortably nestled inside his restaurant Gem on New York City’s Lower East Side, 20-year-old chef Flynn McGarry wears dark gray slacks that hug his frame just so, a forest green sweater with a white T-shirt peeking from underneath, and black moccasins. Although, at first glance, it seems to be thrown on without a thought, McGarry’s outfit suddenly becomes anything but casual after a one-hour conversation. Clearly, nothing he does is left to chance or, at the very least, isn’t thoroughly analyzed. McGarry likes to be in control.

It’s harder than expected to write about the former teen chef who reached mega-fame status at the age of 13 after staging dinner parties at his monthly pop-up restaurant Eureka, first in his Los Angeles home, and then in New York, starting at the age of 11. Although I had stepped into Gem with a preplanned set of queries (What even compels an 11-year-old to try his hand at cooking? What keeps him going for 10 years?), a mere three-sentence exchange with the chef makes it clear that McGarry is more than a child prodigy and more than an average cook. Sure, he’s young and started out while even younger, but he embodies the spirit of a person whose soul is much older. 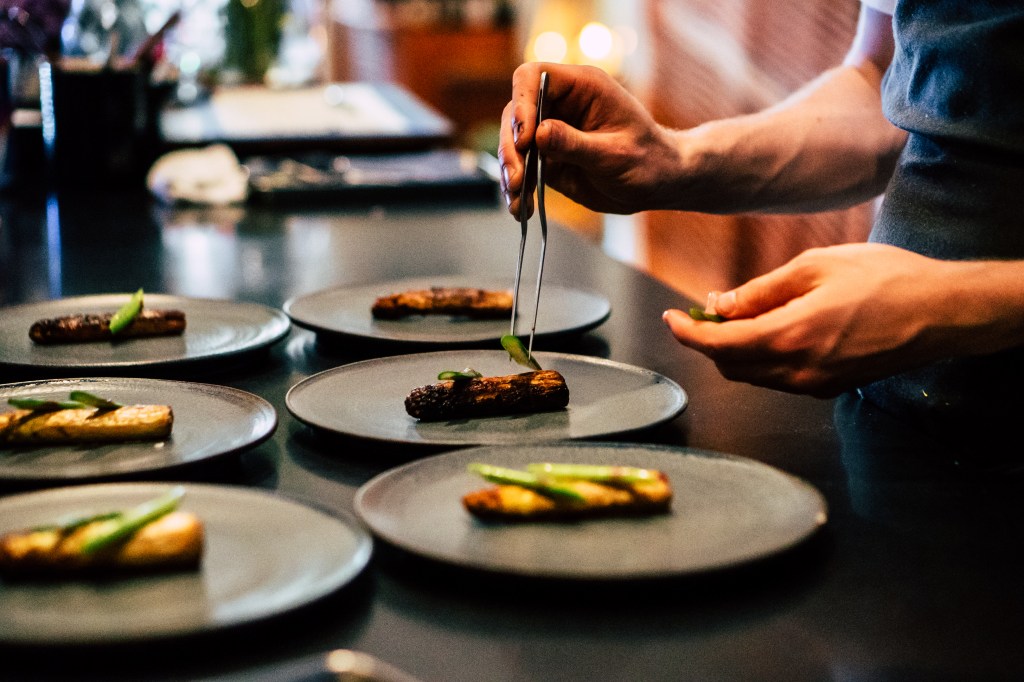 But let’s start from the beginning: Flynn McGarry was born in Los Angeles in November 1998. Because of his passion for cooking early on, his origin story usually calls out Thomas Keller’s The French Laundry Cookbook, which McGarry’s mother, Meg (that would be “Gem,” backward), gifted him for his birthday. “I picked it up because it was the most expensive one,” he recalls. “We weren’t a family that could afford to go to fancy restaurants, so cookbooks were my way of experiencing these places.”

McGarry is quick to note that it’s the cooking that inspired the cookbook purchase and not vice versa. “I read them like philosophy,” he says about the tomes in general. “I don’t think of [them] as instructional books. I didn’t care about the recipes, I couldn’t cook those! It was the mindset.” That kitchen ethos and the sense of control that chefs exude are what have kept McGarry passionate about the craft. “Cooking is like my therapy,” he says. “There is no chaos. Everything is crazy but what is in front of you. You can control constantly. The amount of detail [involved in washing] your hands or throwing something in the trash.” 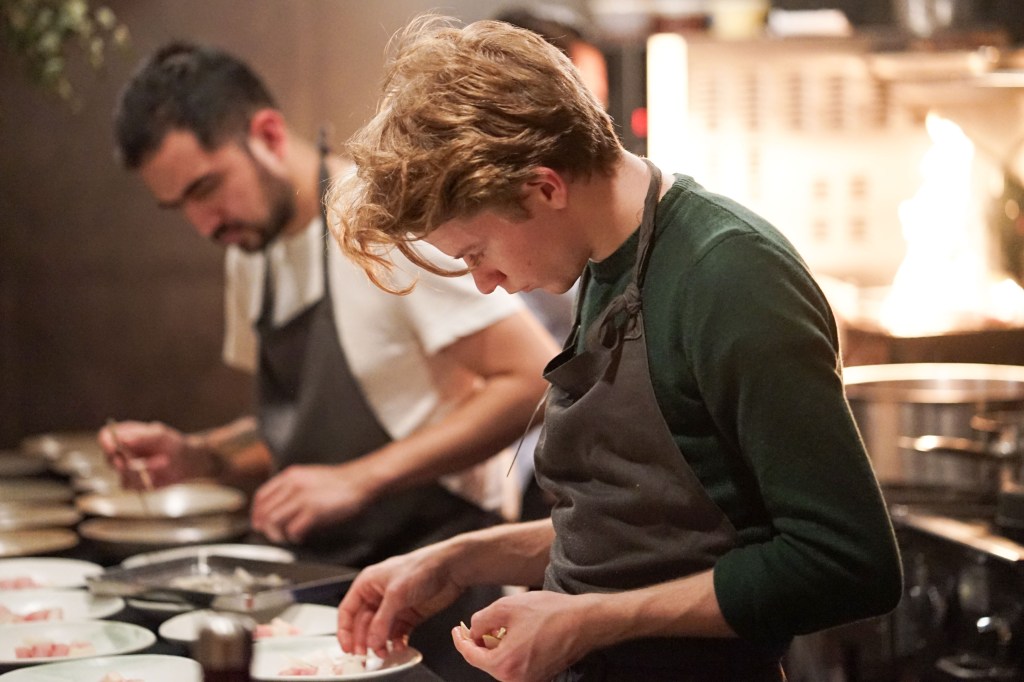 McGarry started off in his own bedroom-based kitchen lab. He launched dining club Eureka by age 12 and now owns a brick-and-mortar restaurant on NYC’s Lower East Side with his sister.

That sense of authority and permanence was temporarily lost by the chef this past summer. “I needed some time away,” he says about his decision to close Gem, which he opened back in February 2018, for the season. “I hadn’t not been in this place for more than two days in almost three years. You get tunnel vision, [which] makes you bad because you can’t change and you can’t see what you’re doing wrong because you’re just doing.”

So McGarry closed up shop and went to Europe, where he feels most at home. “I don’t really like America. I’ve never really felt an affinity for it,” he says, also mentioning his move to the region when he was 15 to work at different restaurants. “Every restaurant I’d worked in in America was inspired by somewhere in Europe,” McGarry continues. “So I was like, why would I go work at places here when I can go straight to the source?” 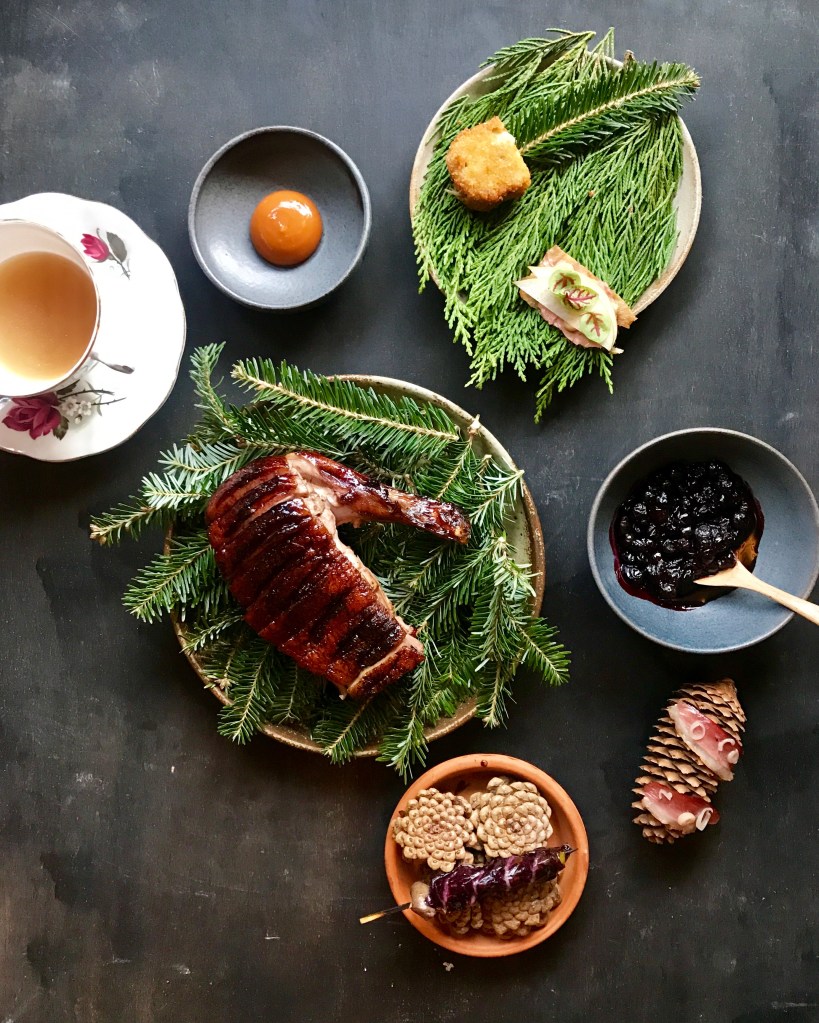 Yet McGarry doesn’t think that Gem could work outside of New York. “I create an escape from New York,” he says when discussing what he believes to be the appeal of his eatery, which McGarry sees as more than a space to serve his food in. “It’s about everything. It’s about the temperature, the way the room smells, the light, the way it’s described to you.”

Upon his return to New York, McGarry decided to change things up. “When we first opened, we had six tables, then we went down to five and then three,” he says. Today the restaurant seats eight people nightly and charges $200 each to revel in the chef’s 12-to-15-course tasting menu. “The initial idea when we opened was to feel like you’re going to a dinner party,” explains McGarry. “It’s just me and two cooks [every night]. That’s it.” 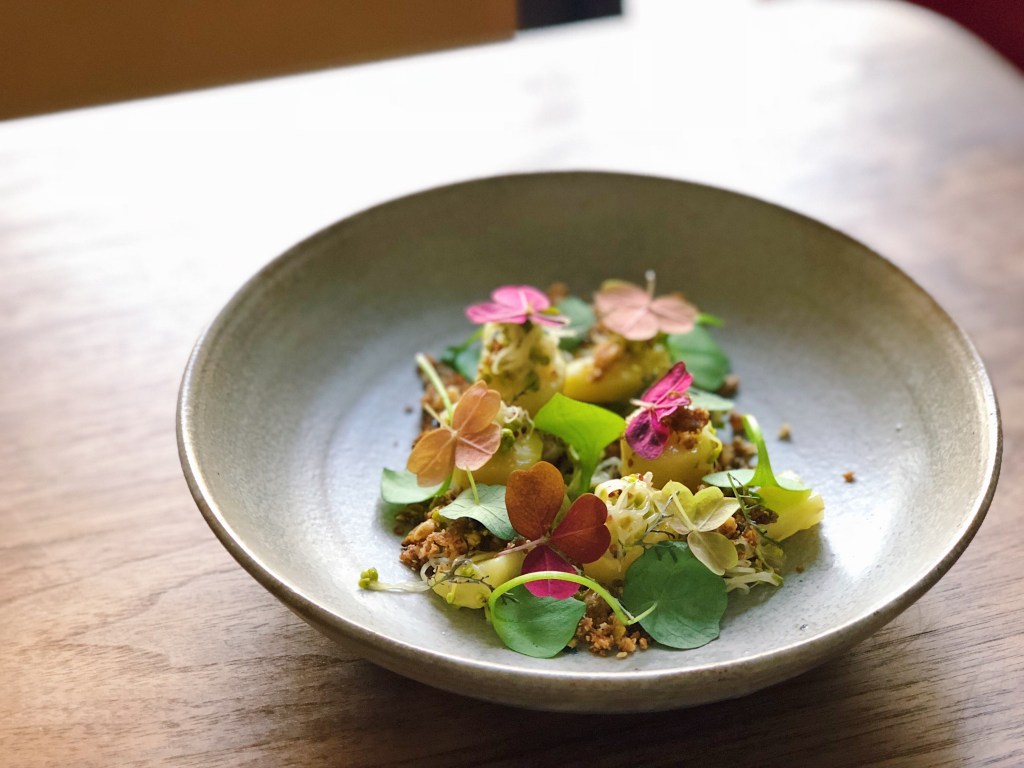 In his attempt to float back to the basics, McGarry also opted to open only Tuesdays through Saturdays and limit the changes to his menu. “I realized that the better ideas that I have are when I spend more time testing, because they become a bit more refined and composed,” he explains. “So the idea was to change [the menu] maybe once a month [so] there are times when I test and there are times when I just execute.”

Does it get boring to cook the same thing every night? “I’m creatively always unsatisfied,” he says. “But it’s becoming this different thing because there are so many other aspects to the restaurant that I’m interested in.” McGarry selects the wine served and the music played each night. He welcomes guests as the front-of-house person, cleans and takes the trash out, answers the phone, and even responds to his own emails—a task that, in a world ruled by self-defined influencers and tastemakers, ends up becoming the most surprising part of his job.

Ironically, the one thing that doesn’t squarely fall on him is the actual ownership of the restaurant. Because he is not yet 21, McGarry can’t have a liquor license, so his older sister Paris is the technical proprietor of the space. 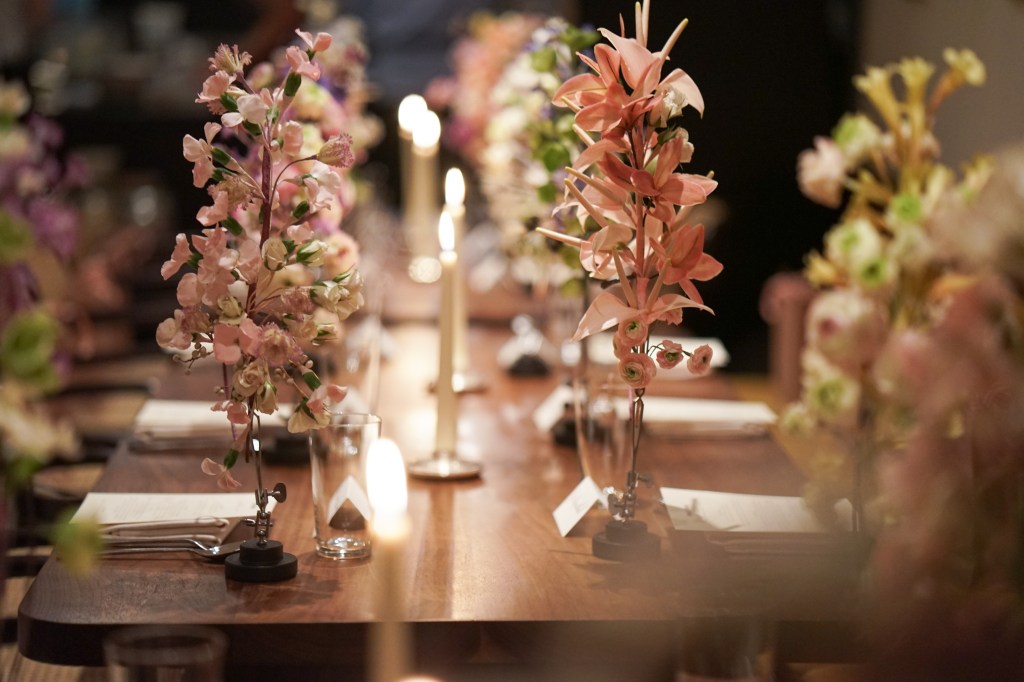 Although not enamored with New York (at least not constantly), McGarry acknowledges the influence that the city has had on his craft.

“The idea of New York is that you come here and you open something and you’re fully realized,” he says. “That’s not it at all. You grow and you change.” Which is how we land on what is arguably the most discussed aspect of McGarry’s career: his age. 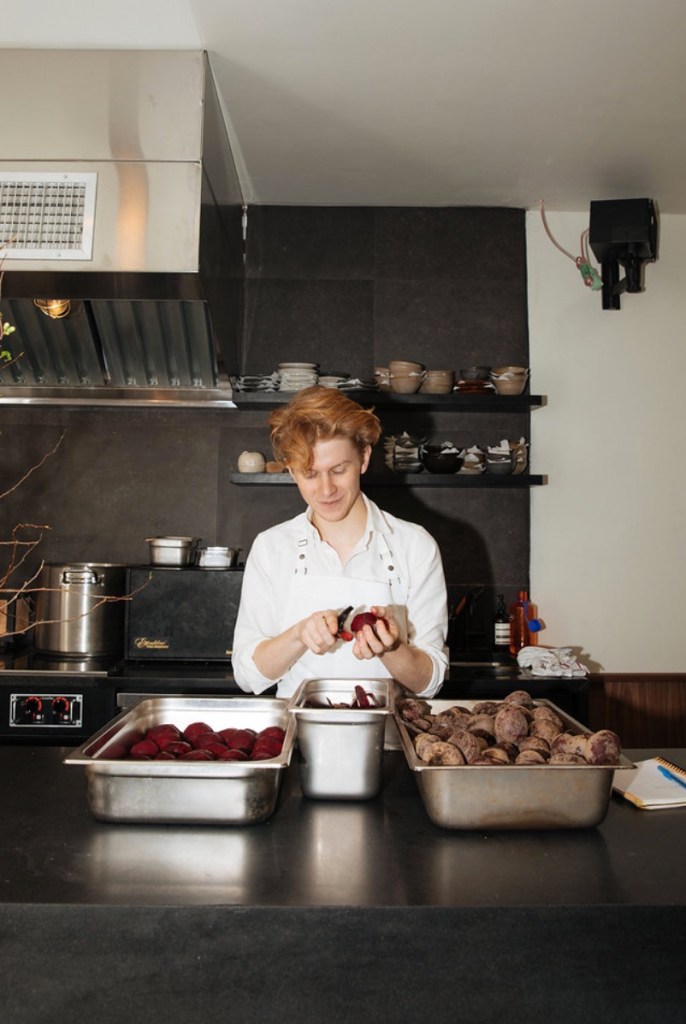 McGarry is more than a child prodigy and more than your average cook.

Clearly, back when he first started, McGarry was thrust onto the national stage because of his age. No 11-year-old is supposed to do what he was able to do, especially not as well as he’s been doing it since. Yet, even after proved deserving of his success (a mere glance at reviews of his restaurant will highlight that—and then some), the press still refers to him as the “former teen chef.” “I’m dealing with it,” McGarry says about the title. “Yes, there is still a part of me that wants to prove [myself] but, as long as I get to cook for people, if the reason they’re coming to the restaurant is because of the “teen chef,” who cares? I still get to do it.”

What “doing it” means to McGarry has also shifted since his days as a 13-year-old cooking in his bedroom in California. He is now taking on a slew of yet-to-be-revealed projects that are “not connected to cooking” but mostly deal with design and take up a chunk of his brain space.

Of course, that’s a lot. “I’m exhausted,” he says while smiling. “Do you hear my voice?”

—These “beauty brunches” prove that wellness is more than skin deep
—Vietnamese egg coffee is taking North America by storm–but what is it?
—Shake Shack’s culinary director is dreaming up new menu items around the world
—Philadelphia’s Pizzeria Beddia wants to be more than just the “best pizza in America’”—Listen to our new audio briefing, Fortune 500 Daily
Follow Fortune on Flipboard to stay up-to-date on the latest news and analysis