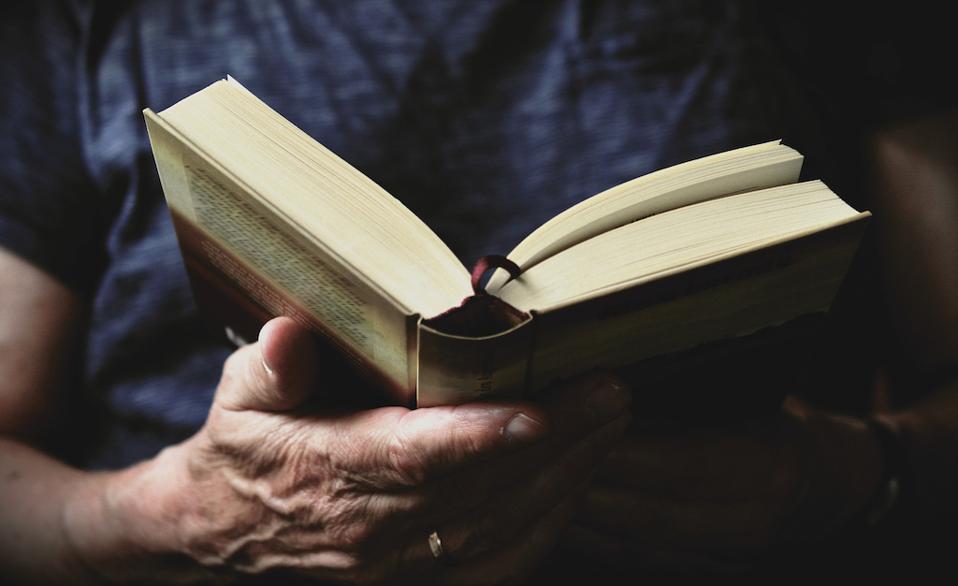 You are what you read

Starting a business can be a lonely experience and when things aren’t going to plan entrepreneurs often turn to their bookshelf for inspiration. Most have a favorite book that has helped them overcome a specific challenge and these six business owners share the titles that set their startups on course for success.

The leap of faith

It was a children’s book that inspired Cara Holland founder and director of Graphic Change, to start her own business. ‘The Dot’ by Peter Reynolds is an inspiring story about believing in yourself and encouraging and nurturing others. It resonated with Holland, who first discovered the book when she was a social worker working with children and young people. She had aspirations to be an entrepreneur but was beset by insecurity and imposter syndrome, and worries about not being good enough.

She says: “I wanted to set up my own business helping people and organizations work visually, but I wasn’t an artist. I’d had no training to do what I wanted to do. I’d never run a business. Was I good enough? Who was I to ask people to pay for this service? Somehow this little book stuck with me.”

Thirteen years on Holland has worked with some major brands, published her own book, Draw a Better Business, and when she is training people, still brings out her copy of The Dot to share with them.

A few years ago Mike Peates, director of CBD startup Medivita, founded a chocolate business Chocolat Chez Moi. As it began moving into a more corporate environment with printed, branded chocolates, he realized that the name had to change, and took some inspiration from ‘A Book About Innocent: Our Story and Some Things We’ve Learned’.

He says: “One chapter in particular explained how they’d used a spreadsheet to write down everything their smoothies represented, with names along health lines, free from, etc. They finally hit upon Innocent, which defined the purity of their product.”

Peates then thought about what people said when they saw his chocolates. He says: “The reaction we always had when someone saw their logo printed on chocolate was ‘Oh Wow!’; if these words were already in their minds it would be easier to remember us, so I shortened it and Owow Chocolates was born.”

Feel the fear and do it anyway

Ruth Oldfield set up her specialty coffee business Coffee & Kin with her husband two years ago. A self-confessed procrastinator, Oldfield found ‘The 5 Second Rule’ by Mel Robbins hugely helpful in overcoming her reluctance to do certain tasks.

She says: “In the book, Robbins talks about simply counting down from five to one and then doing it anyway. I’m currently on the NatWest Business Accelerator Program and have had to learn to pitch. I hate public speaking, but by using this simple counting down rule, I’ve learned to get up and just do it anyway. It’s also useful when you need to make awkward phone calls, or when you’re networking.”

Aligning your team with your vision

One of the biggest challenges for entrepreneurs is growing a team that’s not only aligned with their vision but also skilled, motivated and autonomous. When Lily Simpson, founder and CEO of Detox Kitchen, had grown her team to 30 she found it more difficult to bring out the best in them. Then she read ‘One Minute Manager’ by Kenneth Blanchard.

Christine Telyan, CEO and cofounder of global tech company UENI, is a big fan of Michael Lewis’s book Moneyball: The Art of Winning an Unfair Game. The story is about the Oakland Athletics baseball team and its general manager Billy Beane who challenges the commonly held wisdom about what skills a player needs to win baseball games. By identifying a different set of skills that wealthier teams weren’t looking for he could therefore recruit great, undervalued players with a small budget.

Telyan says: “I love this book because it shows how winning can come from disrupting convention and how organizations with less money can win through creativity and constant hard work. My company helps small businesses compete more effectively with bigger companies, so I think about this story a lot.”

‘Good to Great’ by Jim C. Collins features regularly among the lists of books that have inspired successful entrepreneurs, including David Brudö, CEO and cofounder of mental health and personal development platform Remente. He was struck by the book’s focus on strength-based leadership as opposed to a problem-oriented approach and how this is linked to success.

He says: “This is particularly important if you are an entrepreneur because, generally speaking, your ambitions are larger than your resources, and given the high failure rate of startups, the odds are statistically against you. With a strength-based mindset you focus on the things that work, and by understanding and expanding on that you have the keys to survival and success.”

The book also introduced Brudö to a developmental chart demonstrating how leaders can transition from level one to level five.

“In growing to level five truly great leaders must be humble enough to ask questions when they don’t understand something,” he says. “Humility, openness, and collaboration underpin my company and our team because admitting you don’t have all the answers will develop you and drive you forward in the pursuit of growth.”