Betsy Biemann, CEO of Coastal Enterprises, Inc., or CEI, in Brunswick, Maine, is focused on boosting jobs and small businesses in that state’s rural areas, which, of course, is much of Maine. 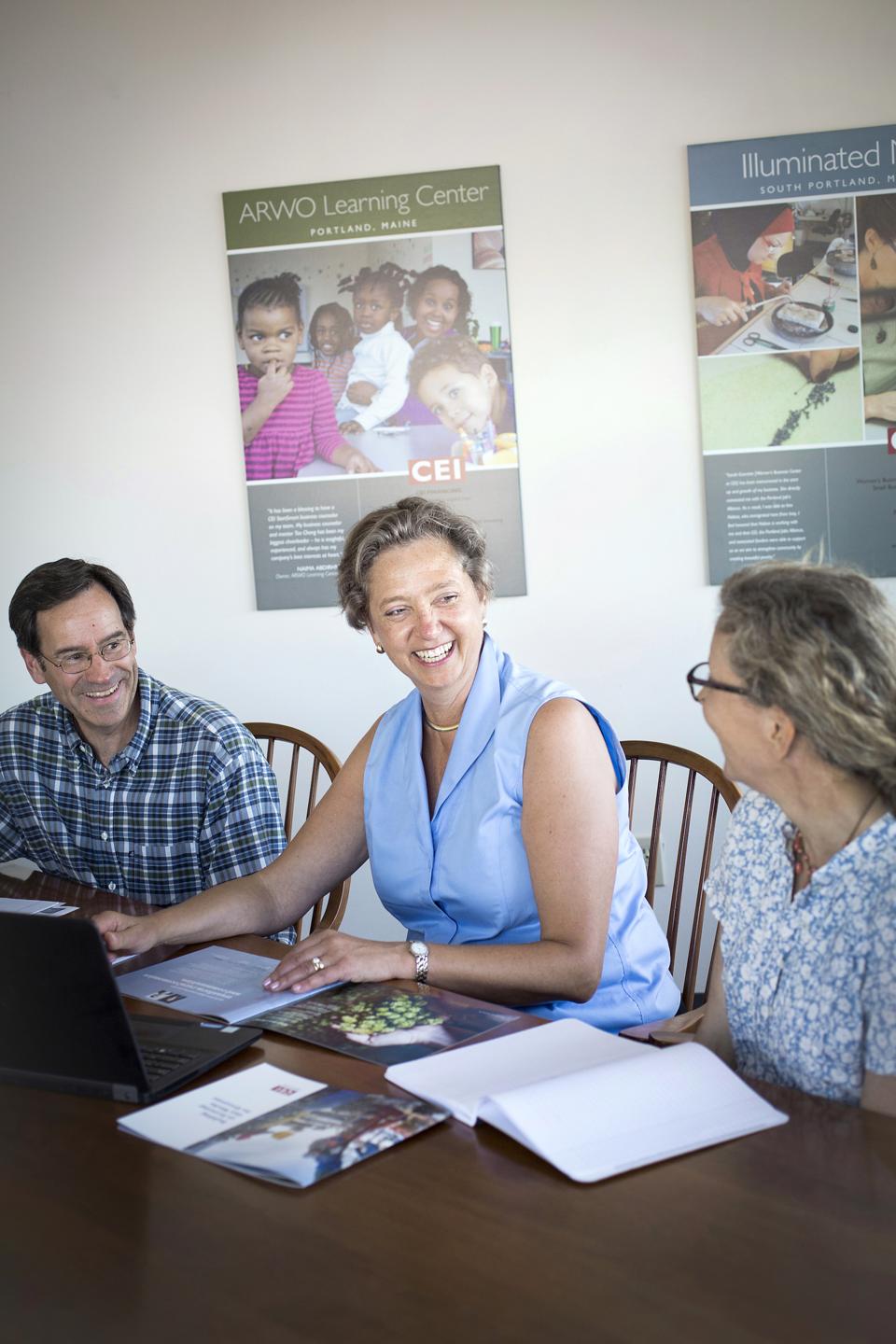 “The founder of the organization was motivated in part by the war on poverty and the civil rights movement, and also by the fact that when he moved to Maine with his wife, who was from Maine originally, Maine’s heritage industries – forest products and fisheries – were going through a transition,” Biemann said. “It became harder and harder to graduate high school and have a decent livelihood.”

Ronald Phillips founded CEI in 1977. Since then the organization has financed 2,555 businesses for a total of $1.19 billion, mostly in Maine, but also in other rural areas across the country.

“Again, these are businesses that often would have trouble accessing traditional capital from traditional lenders,” Biemann said.

CEI works a lot, she said, with immigrant and refugee entrepreneurs. The organization has helped people from 92 different countries over the past 20 years.

Before she came to CEI, Biemann was living in New York City, working at the Rockefeller Foundation, overseeing a grant and investment portfolio with the goal of increasing economic opportunity nationally, with a particular focus on low-income people in cities around the country.

“My husband and I were originally New Englanders,” Biemann said. “We loved New York, but we wanted to come back to our roots.” 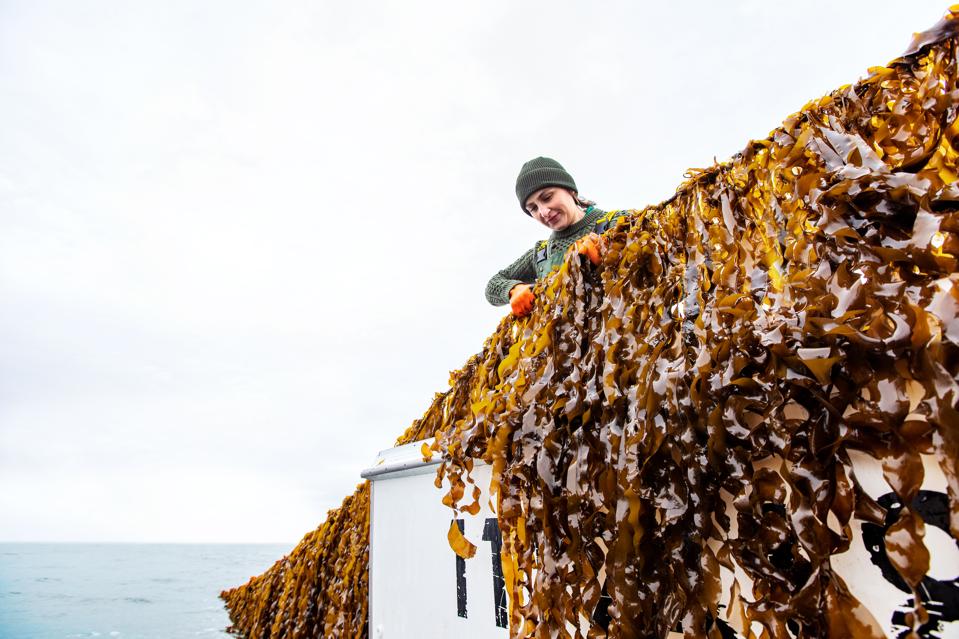 The couple made the move 16 years ago. Biemann points out that the informal motto of the State of Maine is, “The way life should be.”

“We took Mainers for their word,” Biemann said.

With the shift to Maine also came a shift in focus to rural America.

“Rural America has taken longer to bounce back from the Great Recession than many metro areas and more populated states,” Biemann said.

CEI has focused for years on aquaculture. Think of it as fish farming.

“We’re at the point in the global seafood industry where half of all fish sold is farmed and not caught,” Biemann said.

CEI was worked with a number of seafood businesses, including Atlantic Sea Farms, which farms kelp and is developing new products for the increasing demand for kelp in salads and smoothies.

“It’s a sustainable product that simultaneously is good for the ocean,” Biemann said.

CEI’s focus on aquaculture, as opposed to wild fisheries, is paying off, according to Biemann.

“Folks graduating from high school or college 20 or 30 years ago would have wanted to become a fisherman, but today they’re saying, ‘I’d like to try aquaculture,’” Biemann said. 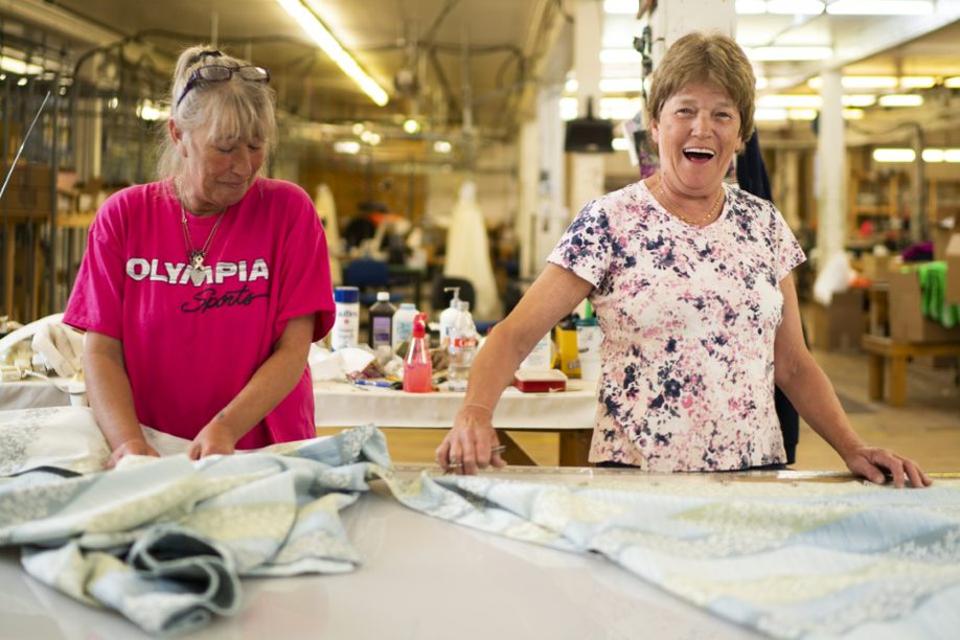 Costal Enterprises, inc. helped Dog Not Gone too, which makes visibility and tick repellant gear for … [+] people and animals, plus American flags.

CEI recently launched a “sea farm loan.” Biemann said companies have come to CEI in the past, asking it to help them refinance a loan they got from someone else and switch it over to CEI.

“After doing that several times, we thought, ‘Why not finance them first?’” Biemann said.

CEI created a “much faster loan product” for startups looking for $15,000 to $25,000 in financing. You find out whether you qualify within 48 hours and can get a loan in as few as 10 days if you keep the paperwork moving.

Another unique aspect of CEI’s sea farm loans is they can have terms of as long as 10 years.

“Again, not likely to be a loan a bank would make,” Biemann said. “It takes two or three years to grow a scallop, not like an app you can create in two or three weeks. We do our best to weave together the capital we need to meet the needs of those businesses.”