I’ve known Sarah Hernholm for years and have always been impressed by her commitment to teens in entrepreneurship. Sarah started WIT (Whatever It Takes) – a program to foster entrepreneurship amongst the teenage population, and it’s a big success.

So I caught up with Sarah to ask her what her biggest Unreasonable Request was and she immediately told me it was when she asked Google if her teens could work out of their office space.

Hernholm: When it comes to any “big ask” I’m doing for WIT the thing that keeps me from freaking out about the size of the ask or debating whether or not it’s even realistic, is the look on the faces of the WIT teens when we tell them “we got it!”

Over the last almost 10 years there are have been asks that people reach out to me to ask, “how did you get ….?” One of the most common ones is “How did you get Google?”

Currently our WIT NYC teens attend their class in the Google HQ in New York City. In addition, our Austin teens get to attend WIT hackathons at the Google HQ in downtown Austin. Both of these locations have been donated to us and both have been transformative in the lives of our teens and in the life of our organization. 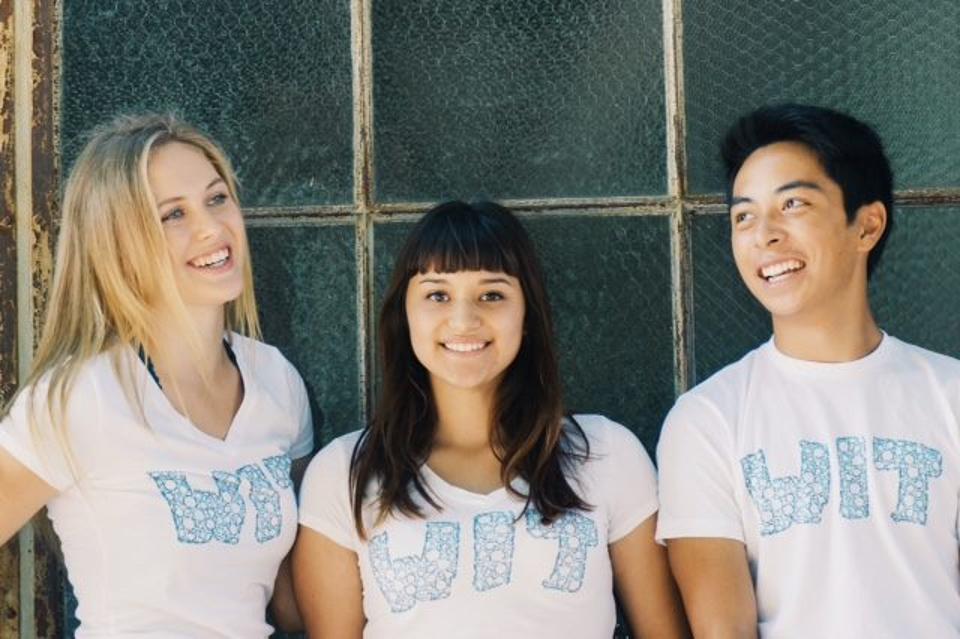 Burns: So how did you get there?

Hernholm: One day while on a business trip to St. Louis I got a message from an employee at Code Next (a Google program) who was interested in learning more about WIT and seeing if there was cross-over between our programs. At the time I was at a stoplight in downtown St. Louis (you often remember the moment when cool things happen, even if at the time it was just a regular day) and I thought, I need to call stat! I pulled over to a coffee shop, found a quiet spot and made the call. That call was the beginning of a relationship and I think that really is the key when it comes to “asks”. During that call I didn’t ask about getting access to Google, instead it was about learning about their programs, sharing our work, and seeing if there were ways to work together. We kept that conversation going via email and occasionally phone chats.

A few months later when we were dealing with a challenging employee and what looked like could result in a loss in space for the NYC class, I made a call. Due to the fact that we already had a relationship, I was able to be clear and direct with my ask, no beating around the bush — “We need a new place for WIT NYC, can we use Google Code Next?” Within the month we’d moved into Google and we’ve been partners ever since. Oh, and the look on the teens’ faces when we told them of the move … the.best.

Our relationship with NYC Google HQ also made the ask of Google Austin a lot easier. What also helped was the partner we already had in Austin who was working with Google on another project. Having someone already on your team and championing your work makes a huge difference when going into an ask. When we got the “yes” from Google Austin it was just as thrilling as the yes from Google NYC, why? Because it truly comes down to the feeling I get when we get to tell the teens that they are going to work in these spaces. Spaces which are usually reserved for adults. Oh and the way the teens show up in these spaces is just incredible! They carry themselves differently than a school campus. Shoulders are pulled back a little more, and there’s a greater respect for the space and for the opportunity.

I have no doubt there are more “Unreasonable Requests” in my future and I’ll face them with the same gusto as I’ve done in the past. I’ll work through the fear of a rejection and the sense that maybe it’s just too big by thinking about those I’m advocating for and those I’m asking for … our WIT teens. There’s also something else I always keep in mind when asking, “How can I make this a win for them, too?” And when it comes to something as big as Google, you may wonder, what can WIT even do for them? Well, the good news is, there’s always something to do. In the case of Google Code Next I often share their program offerings with schools and educators that I work with, too.

And for any of you out there contemplating an ask or thinking there could be one in your future, here’s a tip (or two):

WIT is based in San Diego, Austin and New York. Check out her website to see how you can get involved!