Mark Burford thinks it might have been his amber lager that attracted Anheuser-Busch. The $15 billion brewer acquired Burford’s Blue Point Brewing Company in 2014 for an undisclosed amount. 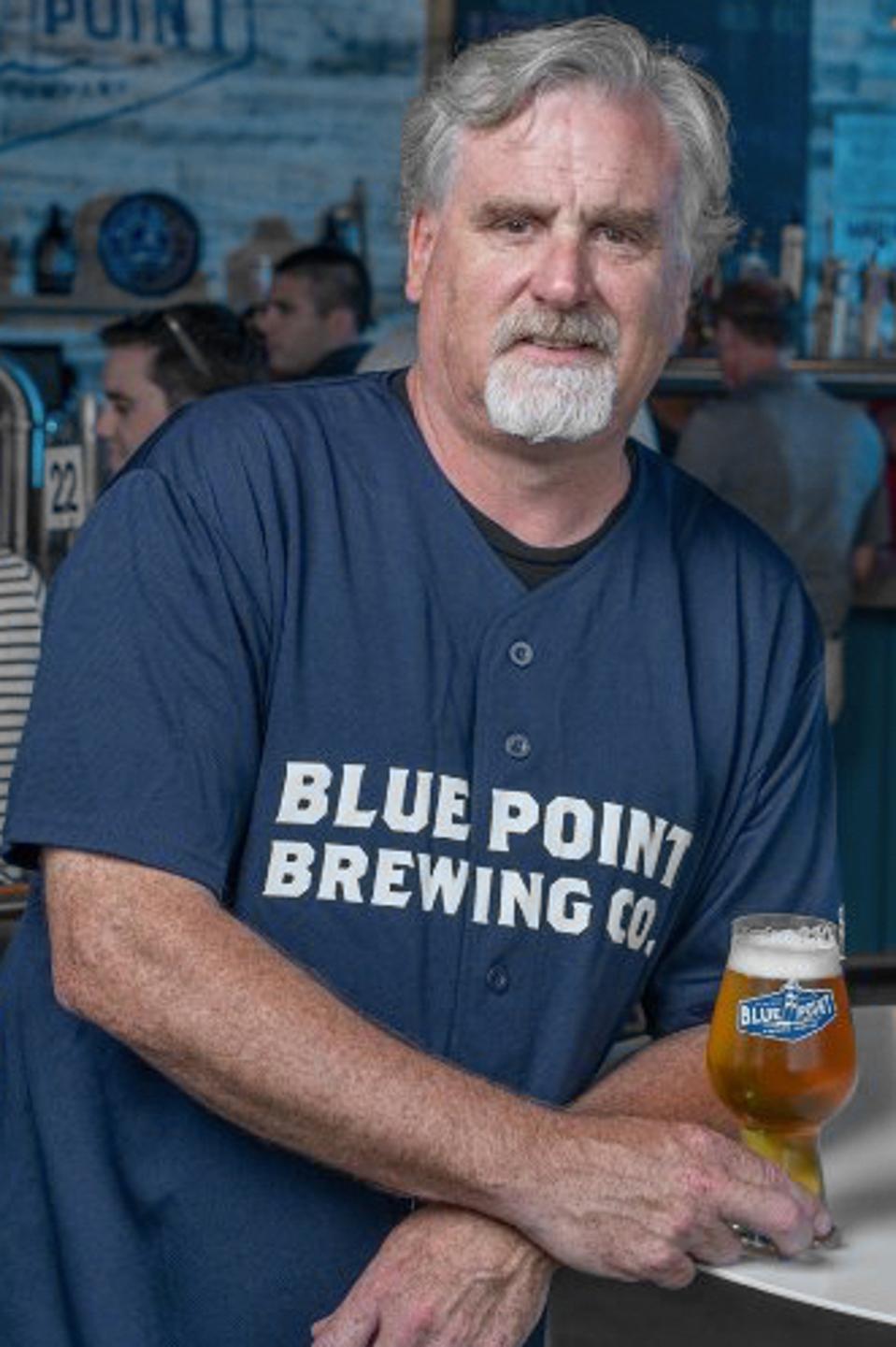 “We had an amber lager, which was a product they didn’t have in their portfolio at the time,” Burford said. “They have a wealth of lager brewing knowledge at Anheuser-Busch, so we were a good fit.”

Burford said Blue Point’s proximity to New York, where AB is headquartered, was also attractive to the company. Blue Point is in Patchogue on Long Island, only about 50 miles east of the city.

Burford describes Patchogue as a “sleepy seaside town,” on the south shore of Long Island, about halfway to the Hamptons and Montauk. Burford grew up nearby, in West Sayville.

Blue Point was only the second craft brewery bought by Anheuser-Busch, the first being Goose Island in Chicago in 2011. Since then, the brewing giant has purchased another half-dozen or so craft breweries, including Elysian Brewing in Seattle, whose co-founder Dick Cantwell, had been a vocal critic of the large breweries, according to a 2016 story in MarketWatch. 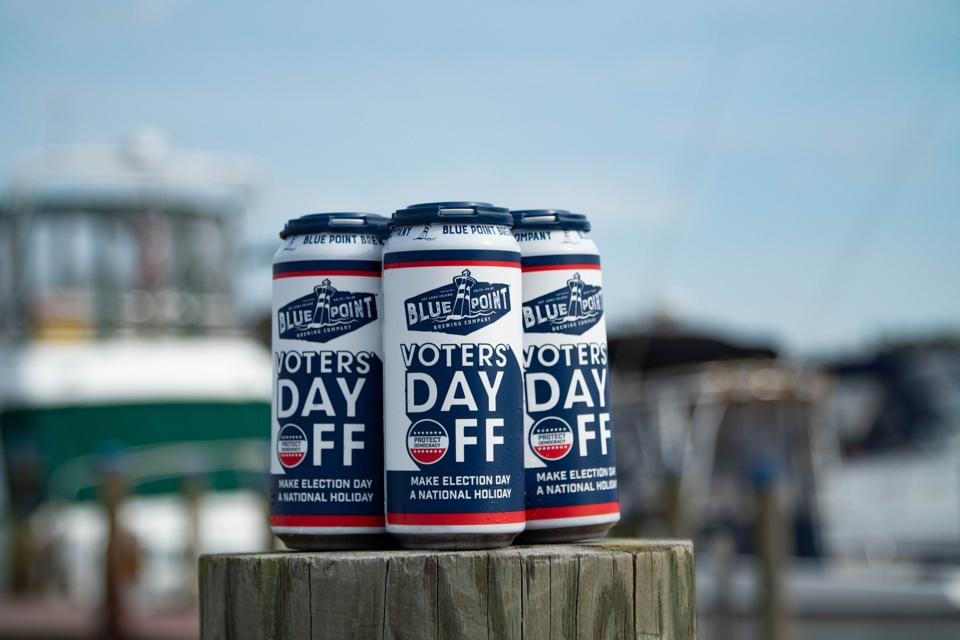 Blue Point Brewing Company makes a political statement with one of its beers — Election Day should … [+] be a national holiday.

As Greg Hall, former brewmaster at Goose Island, told MarketWatch, “When the big guys see the little guys aren’t just a fad, but they’re a trend and a shift in the marketplace, it’s in their best interest to get involved in that shift.”

Burford said it has certainly been in his best interest to be acquired by Anheuser-Busch. While he won’t talk dollars, he did say sales of his flagship beer, Toasted Lager, are up 43 percent since he was acquired, which is “very unusual for a brand that age.”

The entire company is up 15 percent, Burford said, its growth driven by the sales of 18 packs and 25-ounce cans. Most important, Blue Point beer is still selling well in its home market, which is very important to Burford.

“The big difference is you get to do more, because there’s a lot of resources,” Burford said. 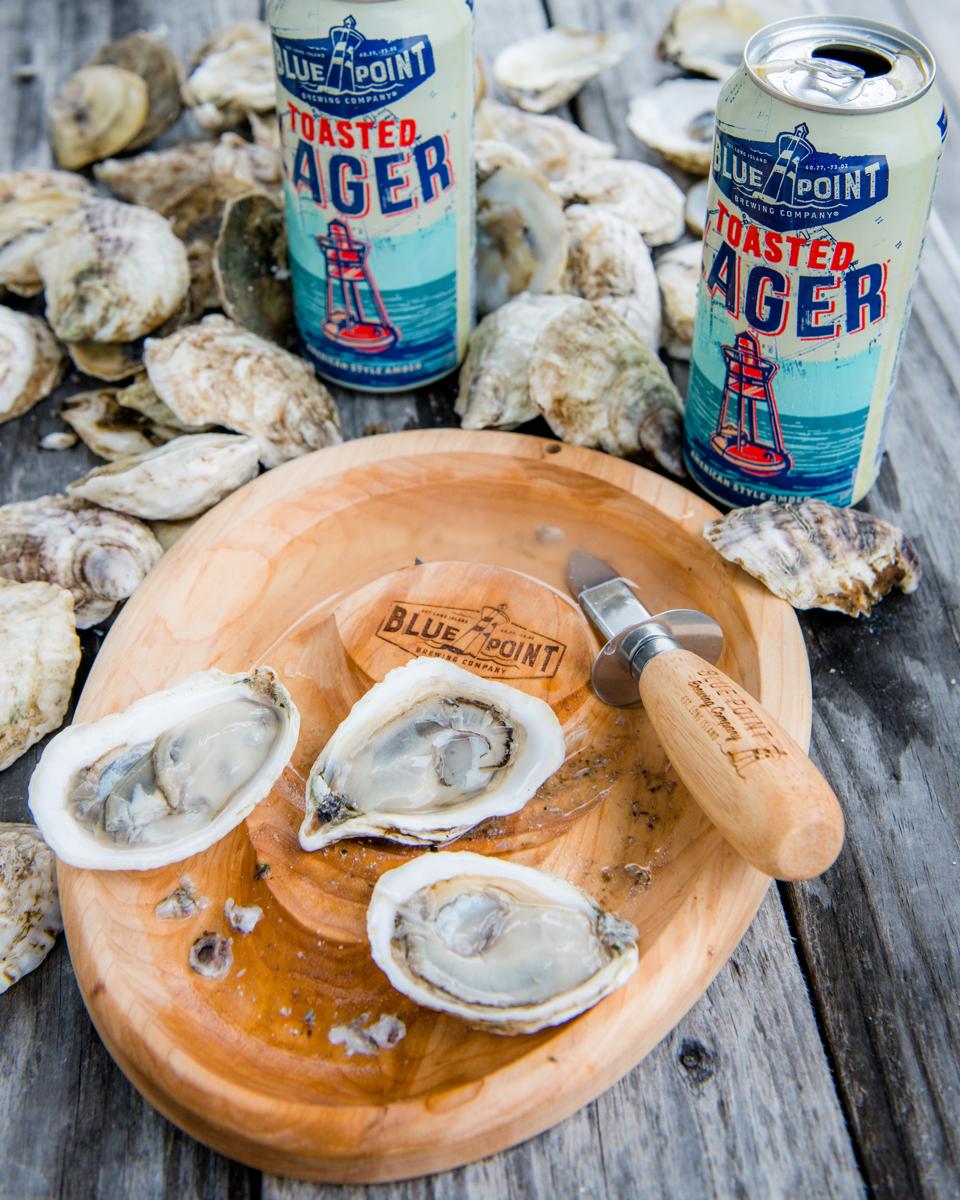 The biggest thing he was able to do was to build a new brewery right in Patchogue, in a 54,000-square-foot building that was formerly part of Briarcliff College. Burford said that typically facilities the size of his new brewery would be forced into an industrial park on Long Island. The location instead in the thick of the action has proved advantageous.

“People can park and walk to restaurants or hang out with us,” Burford said. “That was something you couldn’t foresee coming. We are so happy to be right in town on the water.”

Blue Point had about 27 employees when it was purchased by Anheuser-Busch. Now the brewery has nearly 100 employees, thanks to the new brewery.

“The new brewery is fantastic, it really is,” Burford said. “Every time I look at it in a way it’s hard to fathom where we were to where we are.”

Burford was also able to build a new restaurant and tasting room as part of his new brewery, with room for up to 400 customers. Local artists perform there.

“It’s a nice, exciting vibe,” Burford said. “We’re a train stop in our town. People can walk up from the train station. Lucky for us we caught the attention and excitement of the community.”

Thanks to the Anheuser-Busch buyout, Burford said he has also been able to get involved in the Billion Oyster Project, an effort to restore oyster reefs to New York Harbor. 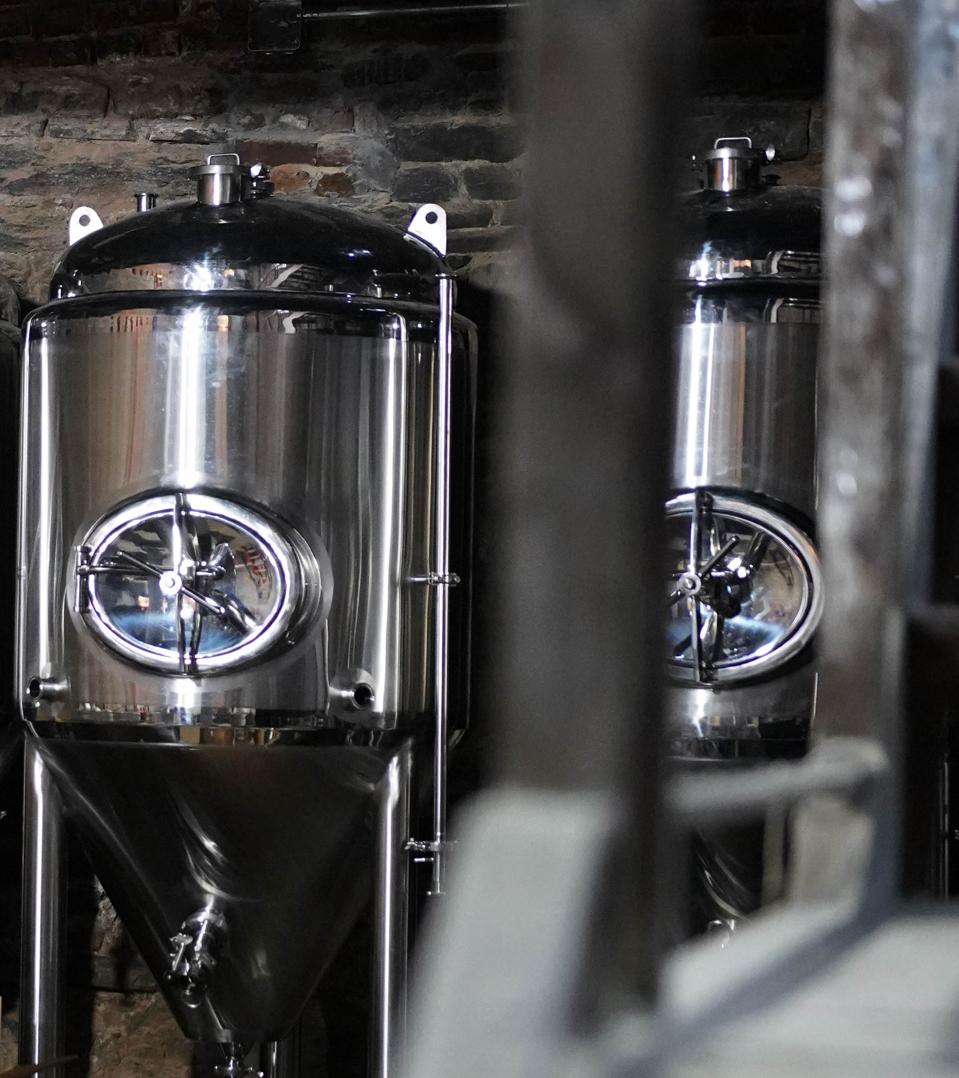 “Oysters filter 250 gallons of water a day,” Burford said. “If we can get a billion in there they’ll clean the water naturally.”

Blue Point Brewing is also installing a solar array this fall that will provide 20 percent of its energy needs. Burford hopes to offset 100 percent of the brewery’s energy requirements with solar panels by 2024.

The 57-year-old Burford is not entertaining any thoughts of retirement, despite his good fortune to become an acquisition target for Anheuser-Busch.

“It’s not really in my nature to retire actually,” Burford said. “I love this business. I’m going to be in it for a long time.”