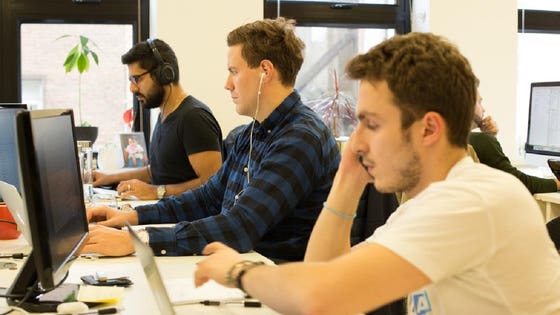 Open banking has been a reality in the U.K. for nearly two years now, allowing financial service providers to access the current account details of consenting clients in order to provide new and hopefully innovative services. Thus, a fintech company might provide money management advice via an app, using information gleaned from the user’s constantly updated bank account records. In theory, at least, the combination of new rules requiring Britain’s major banks to offer up their data and secure software standards enabling information to be shared should be heralding a revolution in financial services.

You might think that in terms of financial information, the arrival of open banking would effectively establish something approaching a single standard under which data from bank accounts and also credit cards might be shared according to U.K. and European rules.

But this week, a UK-based fintech company completed an $18 million Series A funding round to support the development of its own proprietary service – one which enables Visa, Mastercard and Amex transaction information to be shared. When I spoke to Dev Subrata, co-founder of Fidel, I was keen to ask him how his company had established a niche in an increasingly open financial information ecosystem.

A Gap In The Data

Fidel began life back in 2013 as a company providing retailers with information on transactions – the idea was that the information could be used to drive marketing decisions. However, at that stage, the business wasn’t in a position to capture live credit and debit card data. That required industry co-operation and the main players in the market were reluctant to share their feeds with a technology startup.

Fidel persevered and signed a deal with Mastercard. Having gone through a lengthy and expensive compliance, licensing and development process, the company built a data-sharing platform and went on to sign deals with Visa and American Express.

And as Subrata explains, once the platform was up and running, it became apparent that access to this data could be sold as a service to third parties. And as is the case with Open Banking, the information could be shared through an API – in layman’s terms, an application that allows one system to talk to another.

“It took us a year to integrate with Mastercard. And then Visa and Amex were very different,” says Subrata. “But once we had done that, we realized that we could open up the plumbing to the market.”

The logic was this. Fidel had done all the hard work and built a secure, compliant system – something that couldn’t be done in “an afternoon.” Thus access to the data could be offered via an API to third parties.

The question then was who would buy-in. Fidel identified loyalty schemes as the most lucrative market – at least in the first instance. He cites the example of British Airways, which is using the company’s platform to record credit card transactions in retail stores and award Avios loyalty points accordingly.”

“If you go into cafe Nero and buy coffee with a card, you are awarded Avios points based on the spend,” he says.

And as he stresses, Fidel’s data is in real time. “With Open Banking, everything is based on information flowing through the bank account and there can be delays in transactions being registered. With Fidel, we are capturing transactions as they happen and the location of each transaction,” Subrata says.

As such, he argues that Fidel’s API-based service is not in competition with the Open Banking standards. “The services are different. We are on two sides of a spectrum. They can be complementary.”

As things stand, Fidel’s client base includes the aforesaid British Airways Executive Club, employee benefits company, Perkbox and payments specialist, Klarna. Looking ahead the company sees opportunities in areas such as expenses management,  budgeting aids, and services that allow money to be transferred from one card to another. “We are still learning about the possible use cases,” Subrata acknowledges.

This is a fast-moving area. Open Banking services were initially focused on current account data, but the market is developing. For instance, Lloyds Bank recently announced plans to integrate credit card data into its Open Banking offer. What remains to be seen is the long-term impact of the new data-sharing technologies on the financial services market in terms of services that will gain real traction with consumers and business customers. Fidel has established a beachhead for its technology in loyalty and benefits scheme. With a further $18 million in the bank – supplied by Nyca Partners and QED Investors – its goal is to expand geographically and in terms of the services it can enable.