In May 2017 Ben van Beurden, the chief executive of Royal Dutch Shell, assembled a handful of top executives at a converted farmhouse in Wassenaar, a suburb of The Hague.

The preceding three years offered plenty to talk about. Oil prices had collapsed; Shell had embarked on a complex $53bn takeover of natural gas giant BG Group and the company’s offices had been raided over a controversial Nigerian deal.

However, the agenda cut far deeper than the recent past and what the next few years might hold. Instead, executives were given the task of defining what one of the world’s largest oil and gas companies should look like several decades into the future.

Shell’s top brass were wrestling with a dilemma that has since beset every major oil and gas company. How should a company that generates most of its profits by meeting the world’s still-robust demand for oil and gas navigate the future as the political tide turns increasingly against fossil fuels. 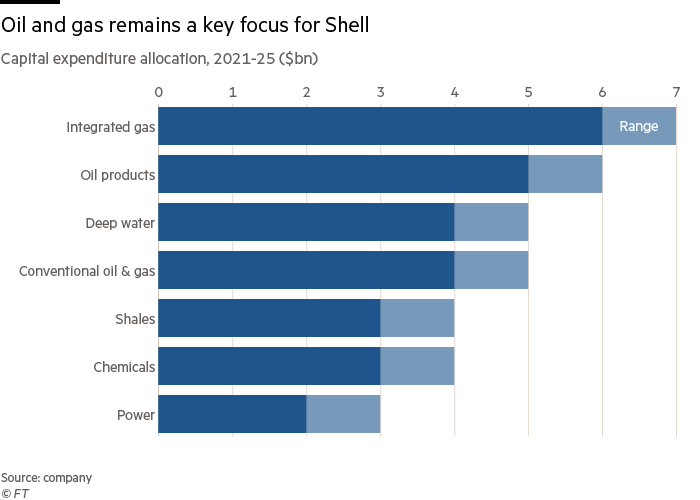 The conundrum facing Shell — the world’s biggest dividend payer — comes just as the orthodoxy that companies must put maximising profits above all else comes under renewed scrutiny. This week’s climate summit in New York offered a reminder that the challenge of tackling global warming has been a powerful catalyst in galvanising the debate over whether companies should have a broader purpose.

Hunkered down outside The Hague, the executives debated what the Paris climate agreement means for Shell, how to run an exploration and production business in the face of demands to curb output and whether the company should take responsibility for customer emissions. 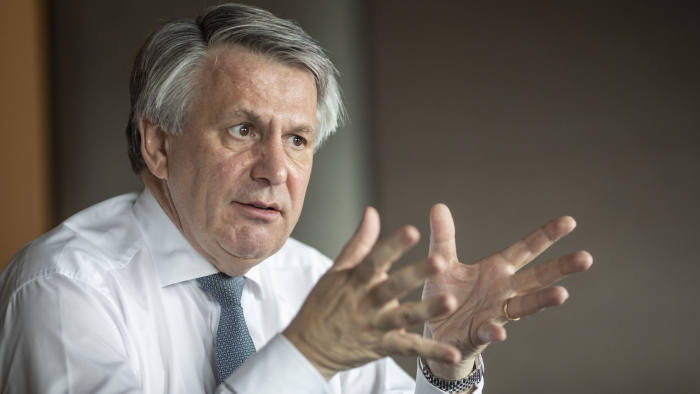 The gathering helped forge a strategy that has seen Shell embrace low-carbon energies while staying focused on the oil and gas business that remains its profit engine. Two-thirds of Shell’s free cash flow is tied to its oil business. Mr van Beurden hopes this will ultimately be split equally between oil, gas and clean power, but has not set a timetable.

In practice that has seen Shell pursue higher-margin and less carbon-intensive barrels, prioritise its gas business (which is cleaner than crude but still a fossil fuel), focus on chemicals (made without combusting oil) and stake out ambitions to be the world’s largest power player as demand for cleaner electricity grows.

It has also developed wind and solar-power projects, encouraged the adoption of hydrogen electric energy and has invested in low-carbon start-ups — spanning electric vehicle charging to home energy storage. 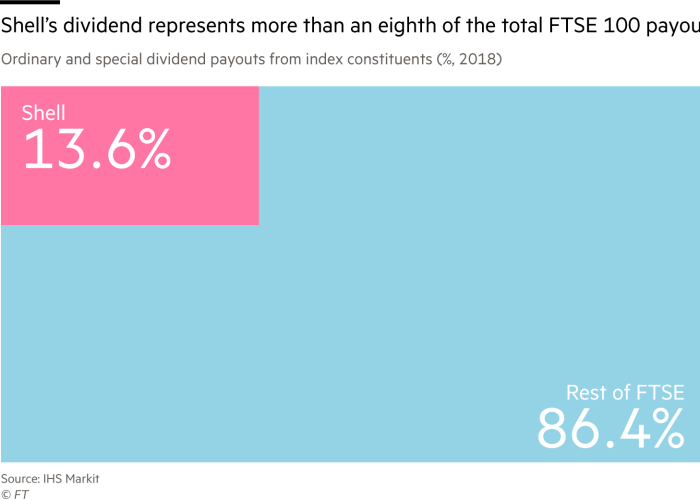 Inspired by confectionery giant Mars, Shell has pledged to halve the emissions intensity of its products by 2050, and will link its short-term targets to remuneration for executives.

Despite this raft of changes, Shell’s oil and gas business will account for the bulk of its capital investment and generate most of its profits for years to come.

The strategy — and the trade-offs it entails — has not pleased everyone.

“There is still a very significant imbalance between Shell’s investment into new energies and its traditional oil and gas businesses,” said Adam Matthews of the Church of England Pensions Board, who has lobbied Shell to set targets on emissions and pledge more investment in low-carbon technologies. 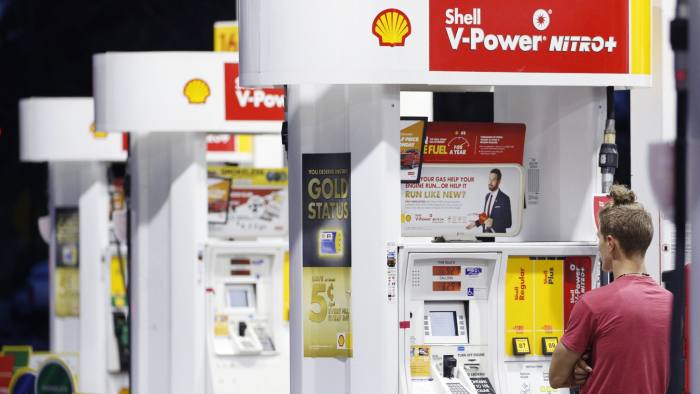 Some rivals say Shell’s messaging simply reflects confusion within the company. “Do they want to be an oil and gas producer or not?” asks one executive. The verdict from environmental activists is that its action on climate change is greenwashing and fails to move the needle.

However, Biraj Borkhataria, an analyst at RBC Capital Markets, takes a different view. “Shell seems to be making bolder decisions than its peers,” he says, pointing to BP’s failed Beyond Petroleum experiment in the 2000s as the reason for its caution. “Shell’s comments around wanting to be on the ‘right side of history’ has come the closest to convincing me that they can be successful.” 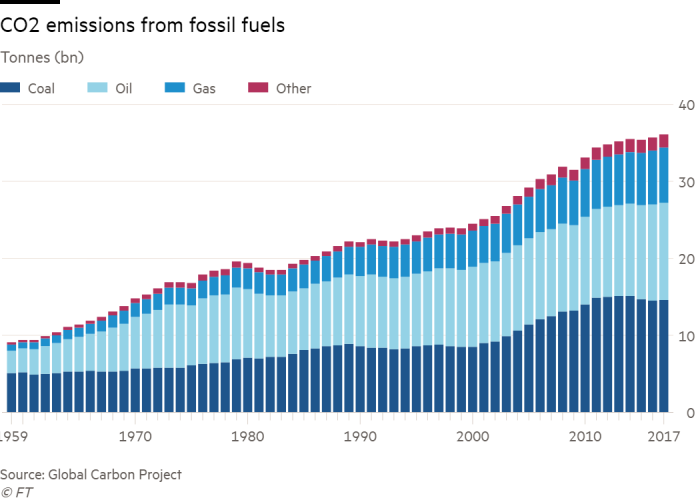 Yet Mr van Beurden is wary of misjudging how quickly the ground is shifting beneath the industry. Oil demand remains robust, particularly in emerging economies in Asia and Africa.

“How [do] you make choices that are not going to be serious regrets if the world works out differently than what you currently think,” he explains.

Those pushing Shell to abandon fossil fuels would arguethe risk of being saddled with uneconomic assets, failing to prepare for an oil price collapse or being held legally responsible for the physical damage to property and coastlines as temperatures and sea levels rise would be the top of any list of potential regrets.

But the “single biggest” regret for the Shell boss would be abandoning its oil and gas business prematurely. That, he says starkly, is something Shell “could not live with”.

The verdict cuts to the heart of the trade-offs confronting the company as it faces often competing demands from a growing number of stakeholders. Oil retains its stranglehold over the transport sector. Consultancy Wood Mackenzie forecasts that coal, oil and gas will still contribute about 85 per cent of global primary energy supply by 2040. Indeed, given this, Mr Van Beurden argues there is a “legitimacy” to investing in oil and gas.

The Company of the Future

This article is part of an FT series exploring the difficult trade-offs companies must make between purpose and profit to survive in an uncertain future.

Part one
The limits of the pursuit of profit

Profits from Shell’s hydrocarbon businesses are also needed to fund investment in lower-carbon energies. Yet until Shell can generate returns from cleaner businesses that match those of oil and gas operations, ploughing money in without restraint is also not an option.

“We can take a $1bn or $2bn hit, in getting some key business choices wrong, but we can’t do it every year,” says Mr van Beurden. After trumpeting its big push into gas and low-carbon power in March, by June Shell was emphasising at an official strategy day that it would not funnel cash into its electricity business come what may. It had to generate margins of 8-12 per cent.

However, the Shell boss also recognises that there is a limit to what the company can control. For example, shifts in politics and public opinion over the threat climate change poses will have a bearing on Shell’s appeal to shareholders. 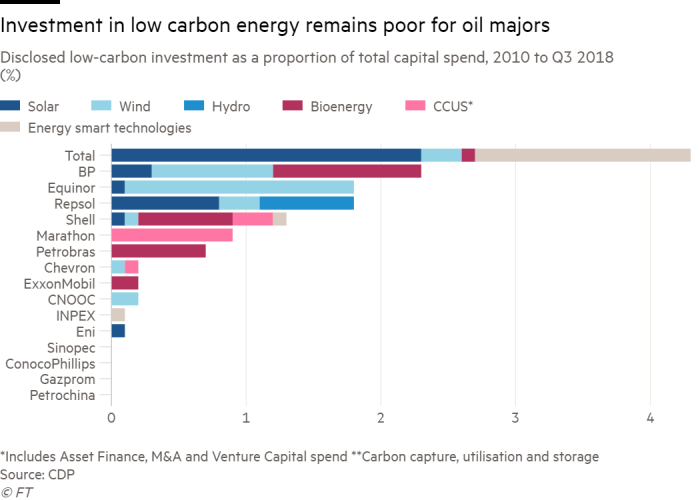 “Things that we did 10 years ago, and everybody thought was entirely appropriate, correct, and ethical, maybe in today’s value sets [people will] say, ‘How could you do that’?” Mr van Beurden says of the dilemma facing oil and gas companies, particularly in Europe.

It is why Shell is not doubling down on oil exploration and production despite lobbying by some executives within the group to do so.

It would also be a mistake to see the group’s shareholder base as either homogeneous or static. Religious groups, universities and more socially-conscious investors may at some point ditch their holdings. UK asset manager Sarasin & Partners has already sold more than 20 per cent of its stake in Shell and put the rest under review. Most still prioritise dividends.

One way to guarantee Shell’s place in the pecking order of global energy companies is to maintain its shareholder handouts. “If you are able to return $25bn to the owners of the company every year . . . you’re not going to disappear,” he said.

Mr van Beurden is not spared from criticism at home either. When his daughter was nine or 10, she returned from school in tears because somebody told her oil and gas companies were destroying the world and only Greenpeace could save the planet.

“So why don’t we give [all of our] money to Greenpeace, papa?”, she said. Too young to engage in debate over carbon taxes and the responsibility of all governments, consumers and corporate polluters, the Shell boss replied: “You have to trust me.”

Winning the trust of all Shell’s competing stakeholders will be much harder.