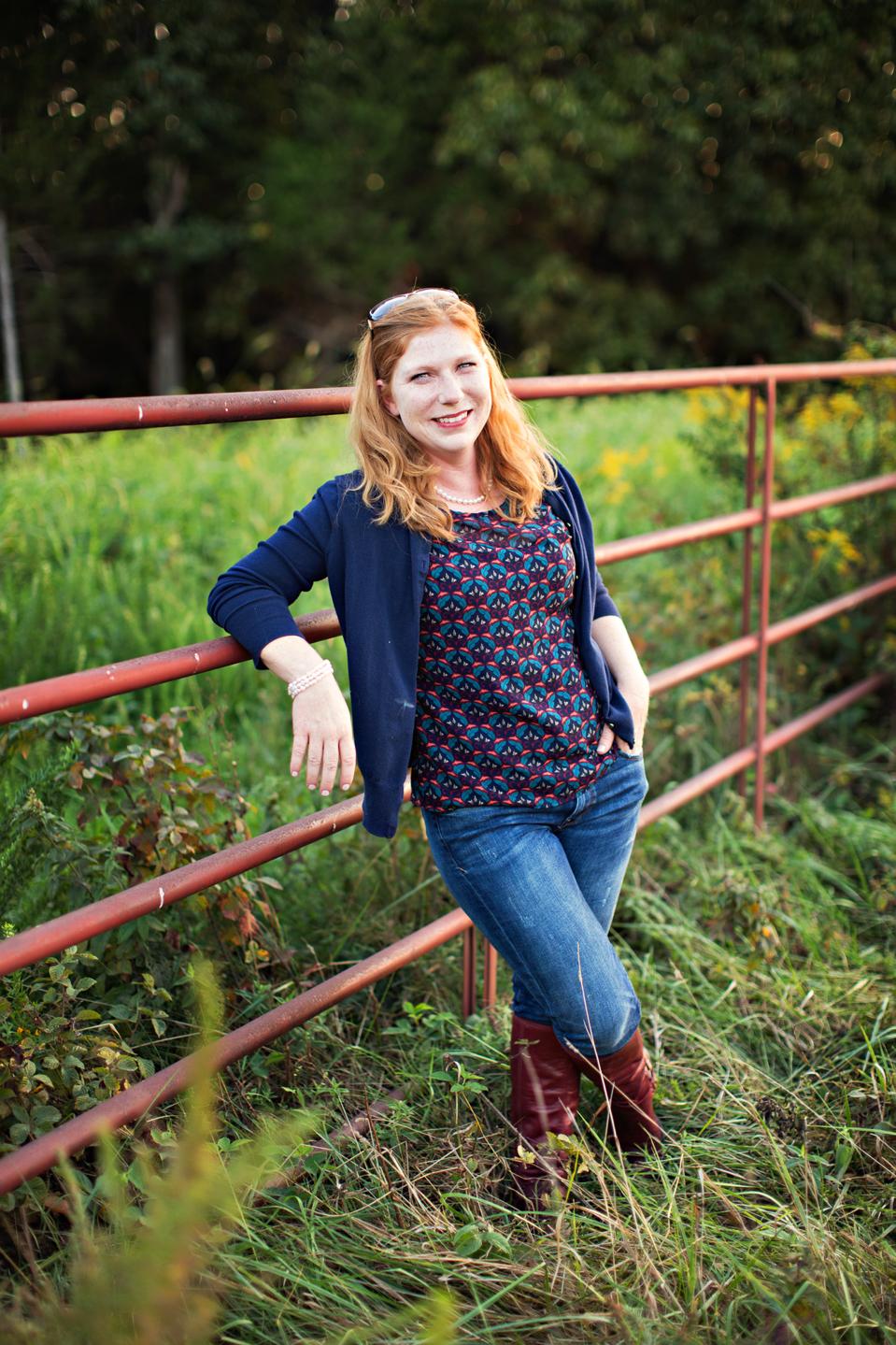 “My family came up from Kentucky in the 1800s, which is why I have a different dialect,” Lucinda said in a distinctive drawl. “You can tell where we’re from. We say Missoura.”

Both Lucinda, 34, and her husband, Adam, 41, come from farming families – 8th generation in Lucinda’s case. Both decided to do something else, and headed east for better career opportunities.

“There’s no money in farming,” Lucinda explained. “That’s why the majority of farmers have an off-the-farm job. You go to work to pay for your farm.”

Lucinda met Adam in North Carolina, where mutual friends said she had to try his specialty– a meatball wrapped in bacon, and cooked in a smoker. It was called a moink ball, a combination of “moo” and “oink.”

As if that wasn’t enough to bring the couple together, Lucinda realized Adam had grown up on a farm in Missouri not far from the farm where she grew up.

“Imagine my surprise,” she said. 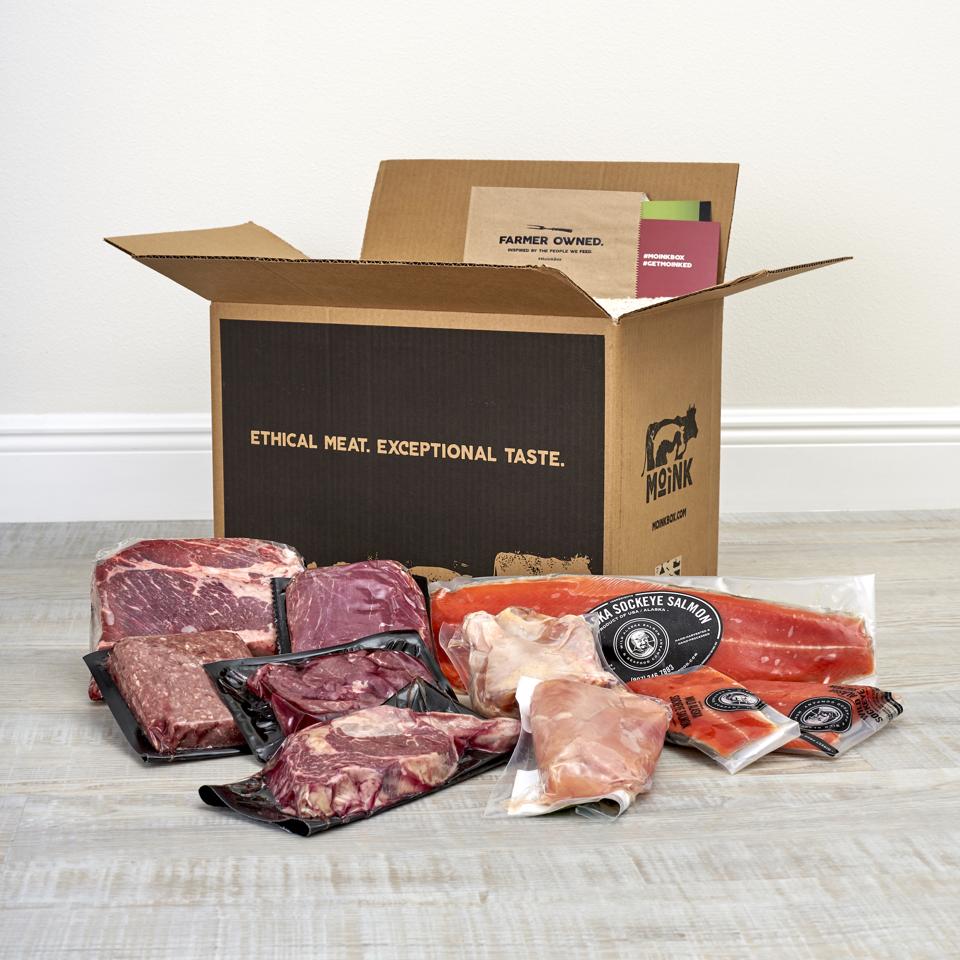 The couple got married, and decided to move back to Missouri to save the family farm, one farm at a time. They launched a startup, called – you guessed it – Moink, selling farm fresh meat, including chicken, lamb, beef and pork, as well as wild salmon caught in Alaska, direct to its customers online.

The company shipped its first set of Moink boxes of meat in August 2017, Lucinda said. This year, working with a nationwide network of about 100 small family farms, as well as her own farm, she expects Moink to hit about $6 million in sales. That compares to $1.2 million in 2018 and just $80,000 for that first truncated year of business in 2017.

Moink seems to be catching on, and Lucinda believes she knows why. All of the meat she ships is raised the old-fashioned way, free range, outdoors and without additives.

The chickens, for example, roam in so-called “chicken tractors,” a movable pen of chicken wire on wheels, pulled around the farm by a tractor. The birds are protected (mostly) from predators while still allowing them the freedom of a life outdoors. 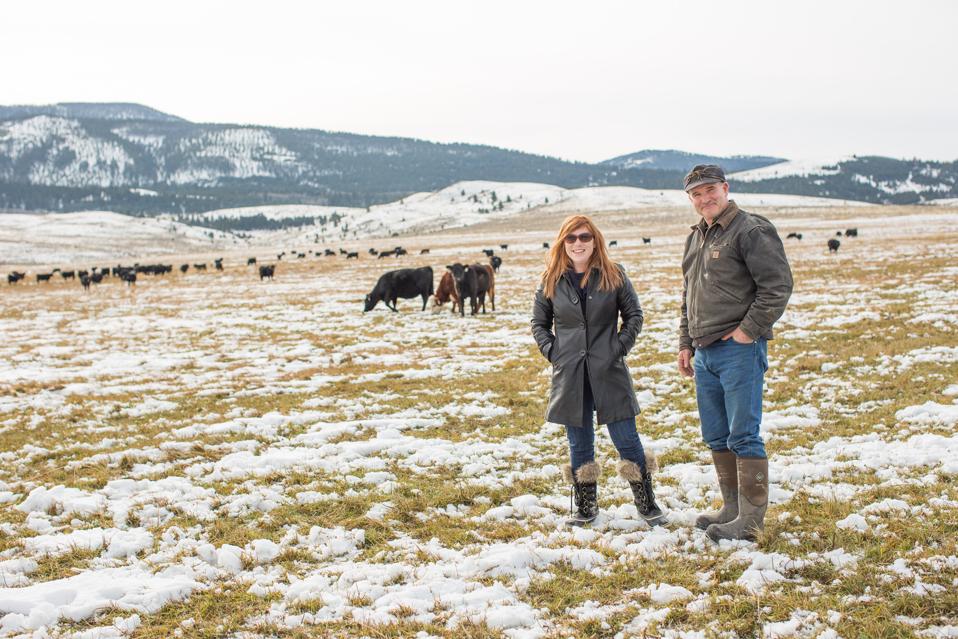 Lucinda says you don’t even want to know how most chickens are raised. Let’s just say they’re not roaming around in a chicken tractor.

“You got to treat them like the living things they are,” Lucinda said. “The old ways of farming are becoming a lost art. Let’s raise animals the way they should be raised, and we’ll get a higher quality product.”

Earlier this year, in March, Lucinda appeared on Shark Tank, where she made a deal with Jamie Siminoff, founder of Ring video doorbells, which sold to Amazon.com last year for more than $1 billion. Siminoff got 20 percent of Moink for $400,000.

Lucinda said she was offering a 10 percent stake in the company for $250,000, but Siminoff countered with a bigger offer for a bigger stake.

“I was really worried,” Lucinda said. “Did I just sell my soul to the devil? It was a real fear, but he’s been really great.”

Lucinda hopes to some day be able to offer Moink meat in your local grocery store, but until then she and her husband are focused on growing online sales. 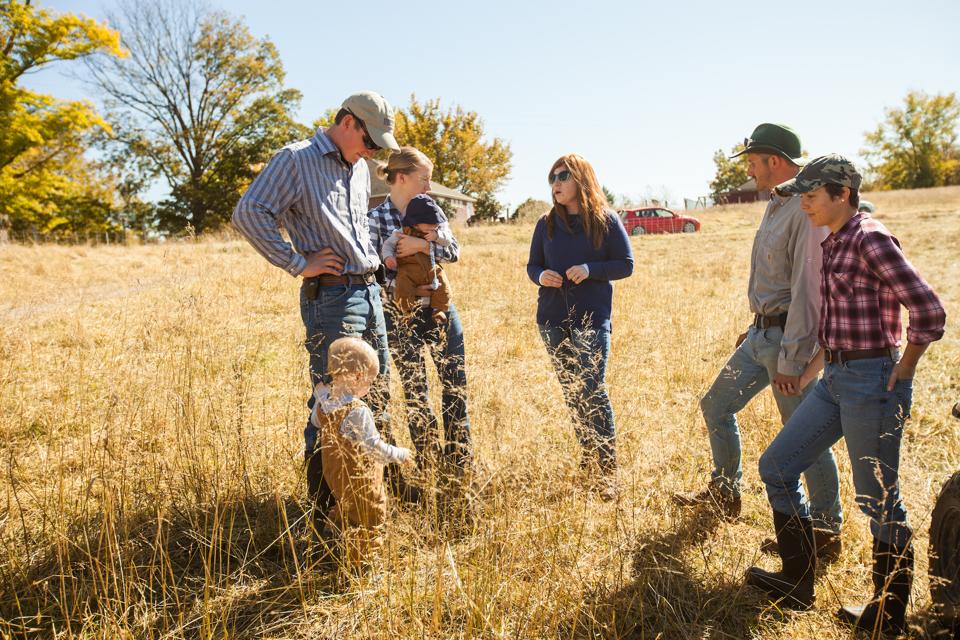 Lucinda Cramsey with the Boatright family and friends in Boonville, Missouri.

She pays her farmers a price that allows them to make money, and takes into account the expense of raising an animal the old-fashioned way – not confined and pumped full of drugs – while also keeping the cost of a Moink box of meat within reason for the consumer.

“One day I’d like to take on Tyson,” Lucinda said. “I’m cocky enough to say if you do the right thing, people will taste the difference.”