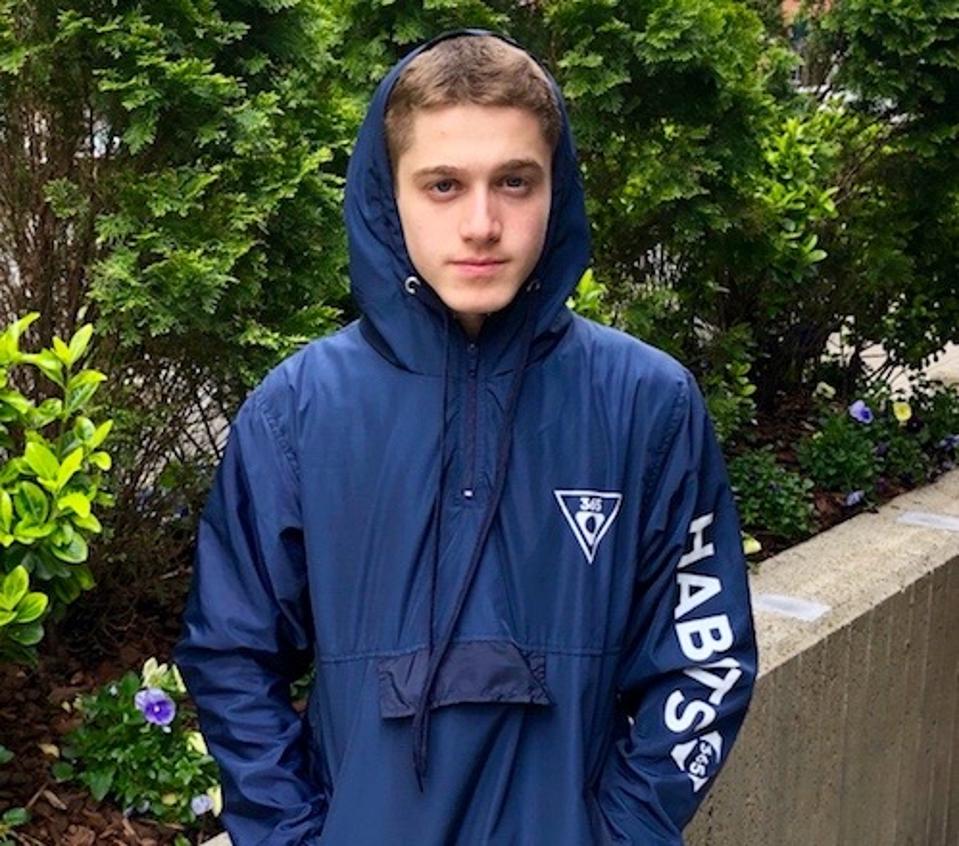 At the age of 17, Eli Zied should be focusing on his grades and his plans for college. But the senior high school student from New York City is also CEO of up and coming fashion brand Habits 365, and he is remarkably confident in his ability to handle both.

Zied’s entrepreneurial flair first emerged around the age of 12 when he started buying and reselling sneakers. From there he started following streetwear fashion brands like Supreme and Bape, which set the tone for the style that would ultimately be embodied by his own brand.

He says: “I started developing a business mindset, followed more and more brands on social media and spent more and more time thinking about starting my own brand someday.”

In August 2017, following a summer business and marketing program he’d studied right after his freshman year in high school, Zied devised a concept for a lifestyle brand that everyone could relate to, and that would also motivate and challenge them. He came up with the name Habits 365 to emphasize positive daily habits all year round.

“Everybody has habits, but not all of them are necessarily positive,” he says. “Habits dictate your life, and the better your habits are, the more successful you will be in the long run.”

Zied started out creating designs and logos for his brand and launched an Instagram page to create a brand presence. His older brother Spencer, then 19, had been running a Brooklyn-based apparel company for a year. He joined the business as COO and the name Habits 365 soon began to spread. 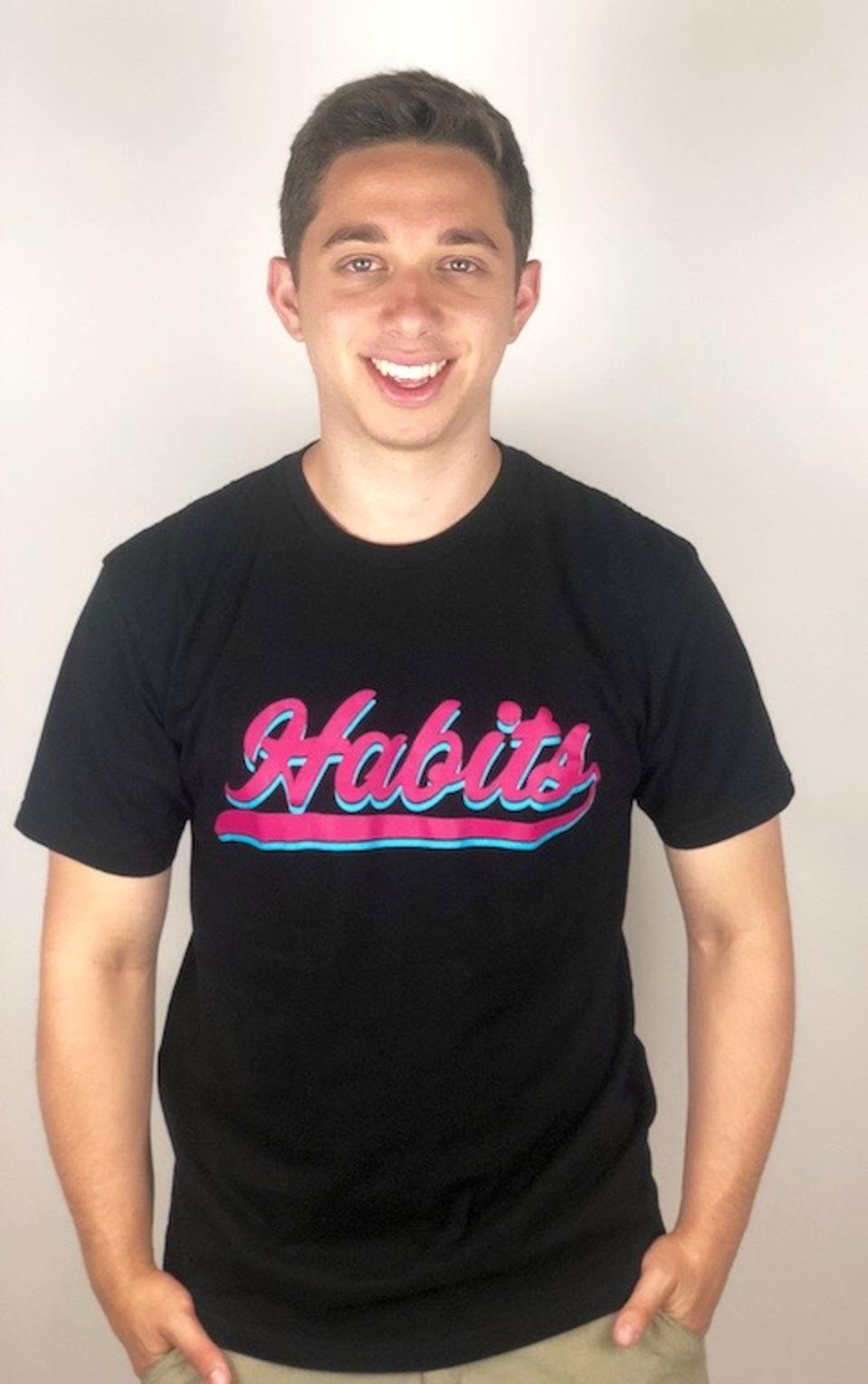 “We got the ball rolling by telling our friends and family about the brand and we were able to grow organically by selling to people we knew personally,” says Zied. “Spencer and I had also been reselling limited edition Jordan sneakers, and by pooling the profits from our sales we had enough money to finance the beginning of Habits 365.”

Their startup capital was invested in initial inventory and packaging, whilst expenses such as accounting software and Shopify commissions could be billed and paid later, helping them to get their business off the ground with minimal outlay.

They encountered several challenges, and one of the biggest they faced was the risk of ordering large quantities of their early products to benefit from economies of scale.

“We had to be confident that people would like and buy our products, so we ran online polls among our early followers to get a better sense of what they wanted,” says Zied. “It was inexpensive market research but it gave us the confidence to place large initial orders of product and be more cost-efficient.”

Another big challenge was gaining brand exposure where potential customers were hanging out. Through Instagram, Zied reached out to athletes, musicians, agents, trainers, YouTube dancers and comedians with offers of free merchandise in exchange for a photograph and, if possible, a post.

He says: “The response was much bigger than I had expected; people really seemed to like that I was a young entrepreneur with a positive brand message. Having influencers wearing our products has been one of the biggest drivers of growth. We started out with a few hundred friends and family as followers. With the help of these influencers, we now have over 80,000 followers.”

Since launching Habits 365, Zied has become close to several NFL and NBA athletes, people who can personally relate to the importance of setting great habits to achieve career success. Among the biggest names who’ve worn Habits 365 gear are Dwyane Wade, Landon Collins, Cameron Jordan, Kam Chancellor, Tyrann Mathieu, and Andre Drummond. In the music industry, Habits 365 has scored a hit with rappers who include Lil Baby, A Boogie Wit Da Hoodie, and Jay Critch.

An even bigger and perhaps more significant challenge for the teenage CEO is maintaining good grades in school and managing a fast-growing business. Habits 365 turns over $55,000 annually. But Zied handles the pressure by setting his own winning habits and allocating time each day for both business and schoolwork.

“For a student entrepreneur time is limited and you have to budget it carefully to get the best results in business and in school,” says Zied. “I do homework and study for exams when I first get home from school and work on the business at the end of the day once my school work is completed. That is still my main priority.”

Bringing his older brother into the company as a partner was another smart move, as he soon realized that a growing business generates too much work for one person to do effectively. “Dividing the tasks between us makes the business much more manageable,” says Zied.

In another savvy move, he has created a Habits 365 community by asking classmates to be models or brand ambassadors and talking to his teachers about the brand.

He says: “A lot of my friends and classmates have bought apparel, modeled it, or have worked as brand ambassadors, while some teachers have given me some really good advice. It feels as though the people around me are also invested in the success of the brand and are excited and proud as we continue to reach new milestones.”

Beyond high school, Zied’s plans include studying entrepreneurship or business at college and learning new ways of improving Habits 365 and extending the reach of a brand that he is hugely ambitious about.

“I believe that one day Habits 365 will be one of the biggest streetwear brands in the world,” says Zied “We have a strong, relatable message to everybody who wants to improve and get better in whatever they do, every day, 365 days a year.”