Amazon on Wednesday announced a number of new devices to further its Alexa ecosystem, including the Echo Buds earbuds and Echo Studio speaker. But in addition to creating these already-popular form factors for voice-controlled digital assistants, Amazon also offered a few more experimental products, such as the Echo Frames eyeglasses and Echo Loop finger ring. Some improvements to Alexa’s software will benefit even older devices, too, like the option to have Alexa answer in the voice of actor Samuel L. Jackson.

After the Amazon hardware event on Wednesday, reporters got to play around with the new gear. I checked out the top devices and here some of my initial impressions: 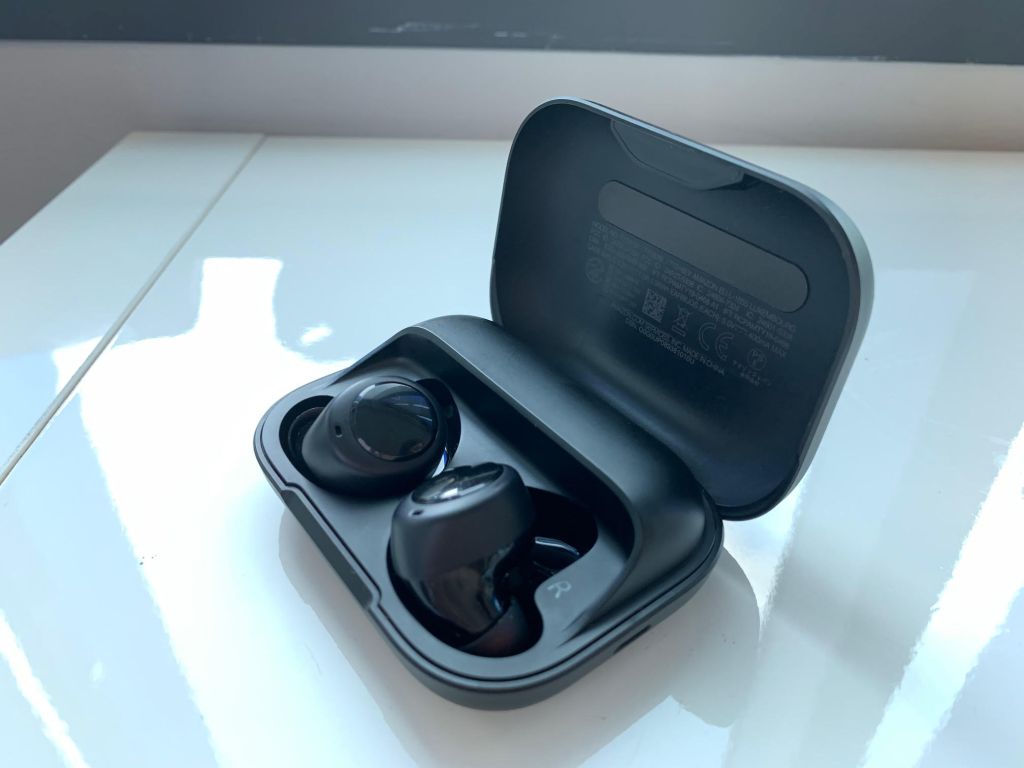 Oddly enough, the most highly-awaited product from this year’s Amazon event on Wednesday wasn’t unveiled until roughly halfway through the fast-paced presentation. Somewhat like Apple’s AirPods, the $130 Echo Buds are two small, wireless speakers that connect to Alexa and fit inside a user’s ears to perform any number of tasks, from playing music and taking calls to telling jokes and stories. But unlike the AirPods, Amazon’s earbuds also include active noice cancellation technology courtesy of Bose. Amazon says the buds last 5 hours in between charges, with the included carrying case adding another 15 hours of juice.

In my short test, the earbuds fit comfortably, played music well, and blocked out most ambient noise, like outside chatter or street noise. The audio quality seemed above average, but in the crowded press area it was hard to tell whether the buds captured sonic details as accurately as more expensive earbuds from the likes of Bose, Bang & Olufsen, and Shure. If they come close—and at a fraction of a price of those rivals—then Amazon may have have a winner.

One rumor about the earbuds did not pan out, however. The just-announced model does not have any fitness tracking features, like a heart rate monitor, 2as had been rumored earlier this week. That could be coming on next year’s Echo Buds 2, I guess. 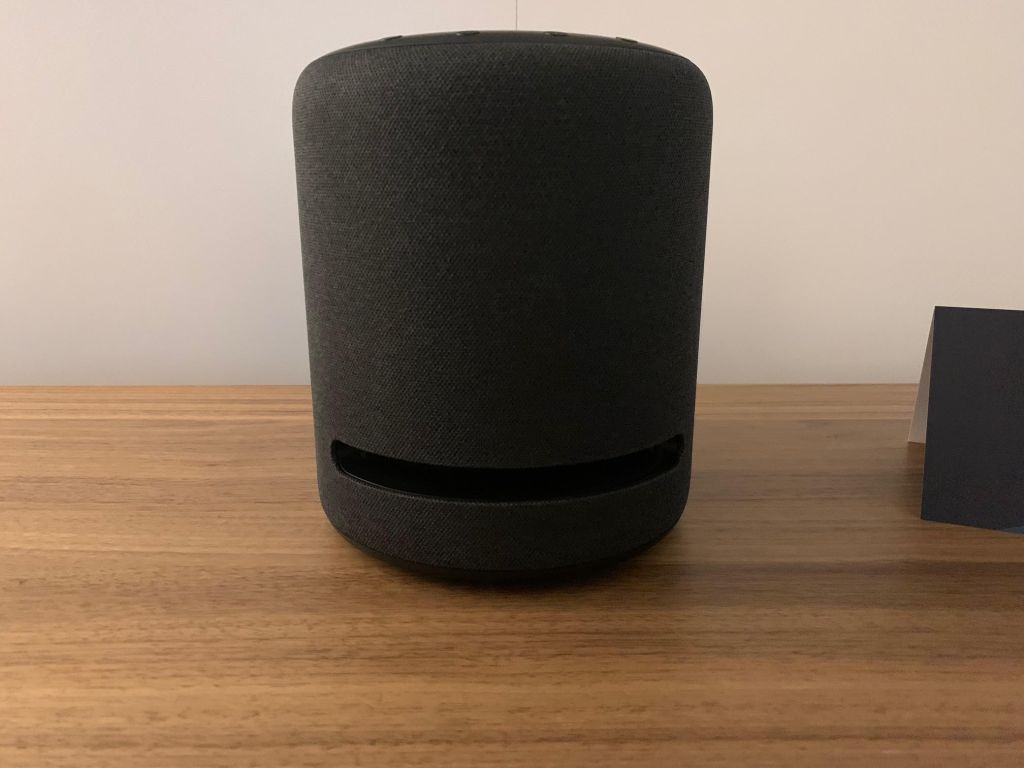 For years, Amazon’s Echo speakers have offered functional sound quality at best: loud enough to fill the room with Lizzo’s Truth Hurts, but with fidelity that failed to pick up on the finest sonic details. The company’s forthcoming Echo Studio, shipping Nov. 7 for $200, is intended to improve Echo’s reputation.

To that end, the cylindrical speaker houses 5 speakers—1 front-facing tweeter, 3 mid-rage speakers and a subwoofer—using Dolby Atmos technology to pump out audio full of crisp highs, a solid mid-range and booming bass. To my ears, the results were plainly evident during the demo on Wednesday, with a turned-up Echo Studio pushing the thundering sounds of Justin Bieber and Ed Sheeran into a simulated living room set-up.

“Our goal with Studio was to really impress audiophiles: those elite music listeners who expect the best out of their personal technology equipment,” an Amazon spokesperson explained.

It remains to be seen how the Echo Studio will compare against rivals like Apple’s HomePod and the Sonos One in more realistic settings. But given that the Echo Studio’s price is $100 less that Apple’s offering and similarly priced to Sonos’ speaker, the Studio should have a strong chance to carve out a healthy chunk of the wireless speaker market for itself. 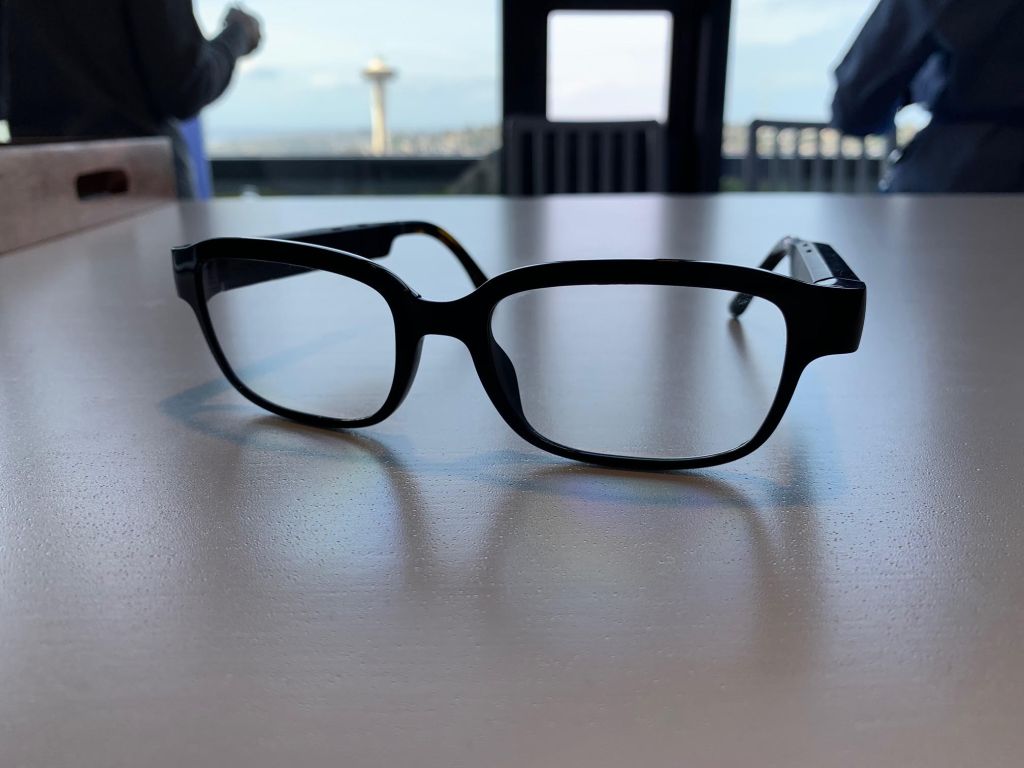 While Amazon’s Echo Studio seems like the next logical step in the company’s quest for Alexa domination, it also tossed out several curve balls. The first was a pair of eyewear, simply called Echo Frames. According to Amazon senior design manager Alfred Loi, the glasses are made of a combination of materials, including durable black, lightweight plastic and acetate at the tips to make them flexible to fit around the ears.

The frames looked slicker in real life than they do in photos. As I examined them more closely, I could see that hidden on the inside of each rather chunky arm of the Echo Frames are microphones, for picking up your commands to Alexa, and speakers, so users can hear Alexa’s replies. Amazon promises users will get 14 hours of usage in between charges with the volume cranked up to 60%—which appeared to be an acceptable level amid the noisy crowd of reporters and executives on Wednesday.

As for the design itself, some more options would be nice. Simple, shiny, and sleek is fine, but a matte black option would also be appreciated. 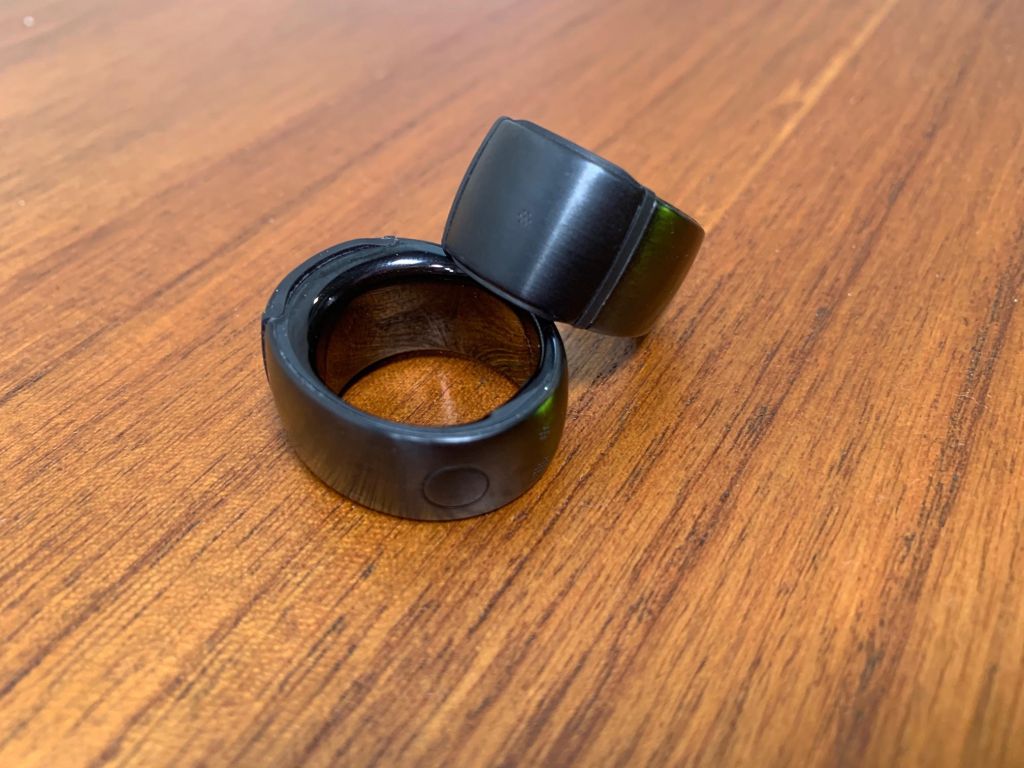 The wackiest device to emerge from Amazon’s announcements on Wednesday was the Echo Loop, a slightly chunky piece of jewelry made out of titanium, with a built-in microphone, speaker, and a tiny, discreet button. To activate Alexa, you press the button with your thumb, bring the ring close to your mouth, and say any of the 100,000 commands you can now give to Alexa. Afterwards, you raise the ring to your ear to hear Alexa’s soft-spoken response.

The Echo Loop sounds like an off-kilter, if nifty idea—like a stealthy 007-type piece of spy equipment. But in practice, the process of pressing the button on the ring, bringing it to my mouth to speak, then bringing it to my ear to hear Alexa, just felt awkward. At $100, it’s a novel solution for summoning Alexa to do, well, just about anything. But it’s a cumbersome way to go about it.