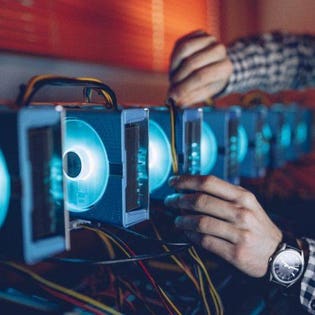 As the renewable energy revolution comes to the large entities that are responsible for providing us with electrical power, investor-owned utilities could be caught off-guard.

The IOU business model centers on rate-based investments in large-scale power generation. However, the growth of renewables indicates they will have fewer opportunities to invest in large projects, as state regulations begin to favor distributed generation, microgrids and smaller independently operated grids. By 2050, I predict that the IOUs that expand their view of what they invest in now to include renewable technology will be the ones to continue to expand their businesses.

As the CEO of a company that provides an operational platform for utilities and energy companies, I have firsthand knowledge of the evolution of utility technology and the work involved in keeping up with trends.

It’s often said, “During a gold rush, sell shovels.” We often see companies find success not necessarily by innovating new technology, but through predicting demand for something new and offering services that support it. As the energy landscape evolves, it’s important for utilities to continuously re-envision what their “shovels” would be.

For instance, Google Fiber is providing fiber-based home internet services to broaden high-speed internet access throughout the U.S., either with its own service or by forcing competitors to join them in a fiber race. Faster internet for everyone leads to more viewership of advertisements and videos and better-connected smart home devices — all of which give the tech giant more user data to monetize.

The Amazon purchase of Whole Foods in 2017 is another example. Some say the acquisition was considered valuable for Amazon to secure more urban and suburban locations vital to its delivery business.

In previous pieces, I discussed the importance of utilities researching new market trends. I also applauded the efforts of utilities that breed new technology through research labs, incubators and funding rounds. Most utilities were painfully late to the uptick of solar energy generation and are attempting to get ahead of electric vehicle charging before that market also moves forward without them.

Since, typically, utilities have a 25-year planning horizon and are accustomed to making significant investments that will pay off for decades to come, I believe it behooves the industry to explore new strategies for investments into new markets that are likely to generate more electricity sales, preferably clean energy. For example:

Taking the worst-case scenario as an example, research by the University of Michigan and Ford Motor Company indicates that even autonomous electric vehicles operating in regions with the highest use of fossil fuels for grid power AEVs would produce fewer emissions than their gasoline counterparts.

• Cryptocurrency: At the time of writing this article, cryptocurrency markets are again more vigorous. As of September 11, Digiconomist’s Bitcoin Energy Consumption Index estimated that bitcoin accounts for more than 71 terawatt hours of electricity per year. According to Digiconomist, that’s a carbon footprint comparable to the country of Denmark’s.

Mining bitcoin requires so much energy that regulators in China have considered a ban on cryptocurrency mining. But, what if that energy could be generated from renewable sources and stored for mining use? To the entrepreneurial mindset, such a problem could also hold a solution.

• Indoor horticulture and vertical farming: Whether you’re growing tomatoes or participating in the booming cannabis industry, indoor horticulture is on the rise and uses a massive amount of energy. However, overpopulation and overfarming make finding adequate farmland difficult. That’s why some in the agriculture industry are turning to vertical farming as a solution to maximize crop yields and minimize land use.

According to The Independent, “The energy demand associated with vertical farming, however, is much higher than other methods of food production.” No matter what these farms are producing (i.e., vegetables, landscape plants, hemp or cannabis), utilities have the opportunity to develop custom solutions and services tailored for these markets to cultivate their growth.

With these three brief examples in mind, it’s not too difficult to see there are opportunities for utilities to keep an eye out for upcoming trends in the space. However, the secret here is to take things a step further. I would begin implementing focus groups, doing experiments and even including potential new technology in future road maps. This way, you are not only keeping your finger on the pulse, but you also have a road map toward implementation.

That said, you must consider that there will certainly be some challenges in trying to predict future areas of growth. For example, you might even come into pushback by those who are too fixated on the current industry structure or aren’t ready to take risks.

However, I firmly believe that the energy companies that are thinking ahead into where energy will be most needed will be able to continuously evolve and offer quality services that benefit not only customers, but also the environment and our communities.