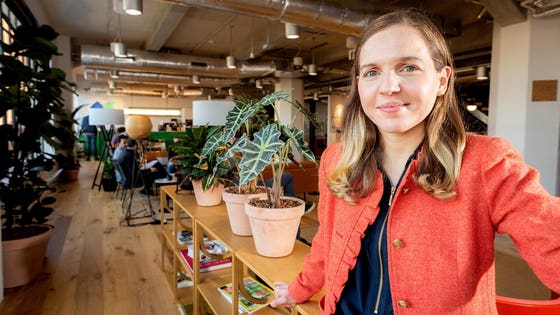 And the winner is?

Convention dictates that I should pause for a moment to allow tension to build but we all lead busy lives so I’ll press on. When 1,000 small company bosses were asked to nominate the best U.K. city for starting a business the overwhelming majority named London.

No need for a sharp intake of breath. For a whole range of reasons, London remains a magnet for entrepreneurial talent so it should come as no surprise that it is seen as a desirable operational base by a considerable number of business owners. But here’s the thing. According to the survey – carried out by website building company, UENI – London is not only ahead of its nearest rivals – it’s ahead by a huge margin.

This is how the numbers fall. More than half of the businesses that responded to the poll – 56 percent to be precise – named London as their favored location. In second and third positions, Manchester and Birmingham attracted just 10.6 and 5 percent of the votes, respectively.

The survey also attempted to tease out the thinking behind the headline vote. When asked why London scored so highly, respondents cited factors such as good access to funding, affordable office space, available resources, access to customers and low taxes.

A Question Of Balance

To those who live and work there, London is not only a great world city but also a dynamic economic powerhouse and a hub to which founders actively relocate. As Christine Telyan, CEO of UENI observes: “Many entrepreneurs from across the UK, Europe and the rest of the world head to London so they can start up their businesses. I am one example of that, originally hailing from New York.”

All well and good. But if you live elsewhere in the country, things might just look a little different. It may appear, for instance, that the strength of the London economy – along with that of the South East of England – is sucking at least some of the life out of the other U.K. regions. After all, if an entrepreneur relocates to the capital from Belfast, Manchester, or Edinburgh that will effectively mean fewer jobs created in his or her own local area.

Not Quite A Brain Drain

But it would be wrong to paint a picture of some kind of wholesale entrepreneurial brain drain heading the direction of the capital. London certainly attracts its fair share of ambitious people – particularly those seeking to work in sectors such as media,tech and finance, but not everyone is attracted to a city where housing costs have skyrocketed to barely affordable levels in recent years.

And as this report points out, entrepreneurs are also drawn to regional cities – and for a range of reasons. For instance, the West Country city of Bristol emerges in the report as something of a hotspot for raising finance. That may be explained by the presence of good local universities feeding graduates into VC-friendly sectors such as robotics and VR. But according to the report, Bristol’s business community is thriving across a broad range of industries.

Meanwhile, the south coast city of Brighton is home to residents who have higher than average disposable income. This has made it very attractive to consumer-facing businesses.

So as Telyan notes, an entrepreneur’s choice of city may well depend on the type of business that is being set up and how it maps onto local factors. “Easy access to potential customers, funding and resources tend to rank highly on the list of needs for all small businesses, “she says. “But our survey has revealed some of the special nuances and unique qualities offered by different British cities.”

And it may be that in the not too distant future, London’s dominance may become less pronounced. For instance, until recently, the U.K’s tech startup scene has been focused on a few hubs – primarily London, but also Oxford, Cambridge, Bristol and Manchester. But that is changing. According to a recent report from Tech Nation – a body established to help tech companies to network and scale up – digital startups are creating significant numbers of jobs in cities across the whole U.K., including places associated with more traditional industries, such as Belfast, Cardiff and Edinburgh. And as the tech sector grows spreads out , new business support ecosystems are being created in terms of funding bodies, workspaces and accelerator programs.

So will London continue to dominate startup activity? Well, it will probably continue to lead the way in terms of funding opportunities, working facilities and access to markets, but if housing costs continue to rise, entrepreneurs and key workers may be drawn to alternative centres.