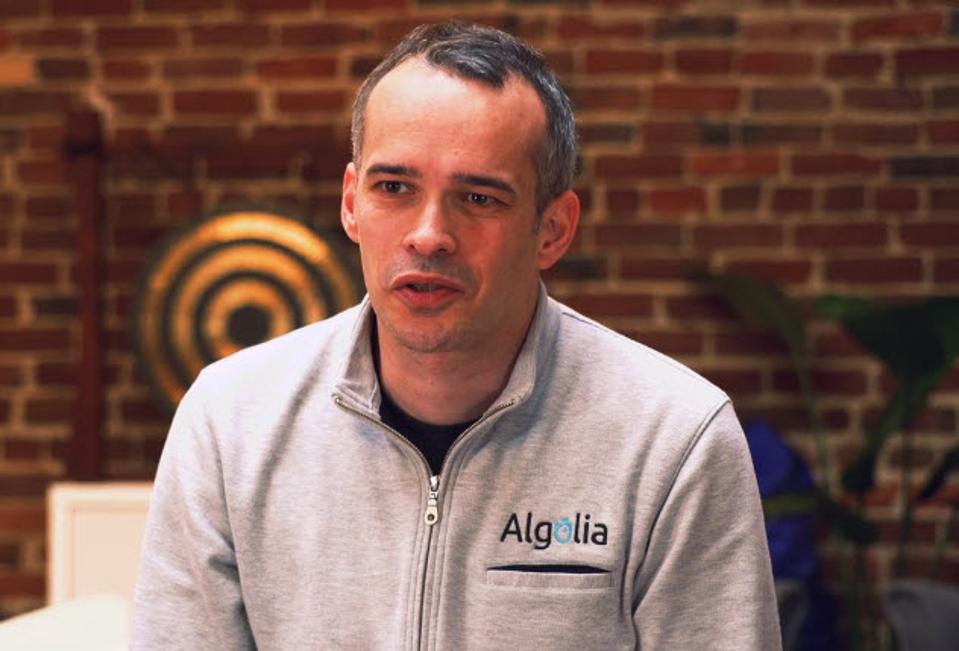 Culture is too often seen as secondary to the ‘key’ functions of a business, such as sales, finance and engineering. My mission is to change this. Over the past two years I have had the pleasure of interviewing some of the world’s most switched on CEOs, founders and senior leaders. These Culture-Driven leaders are light years ahead of the competition when it comes to company culture. Nicolas Dessaigne, the co-founder and CEO of Algolia, is one of those people – not that he would put it that way himself. When we spoke Dessaigne highlighted the mistakes he has made and repeatedly emphasized that when it comes to Algolia’s culture, the work is never finished.

Based primarily in Paris and San Francisco (although growing at breakneck speed and present in 47 locations across the globe), Algolia, co-founded in 2012 by Dessaigne and Julien Lemoine, helps businesses across industries quickly create relevant, scalable, and lightning fast search and discovery experiences.

“Culture development is not an easy task,” he tells me. “The work is never finished, it’s never perfect and, as I’ve experienced, you can get lulled into a false sense of security, which can be very painful. Culture is a living organism and I don’t think you can ever fully figure everything out. If you do it’s only temporary because what you have figured out will only stay relevant for a relatively short period of time, especially if you are scaling. That’s been our experience, anyway.” The company has had a lot of ups and downs in developing its culture, Dessaigne reports. Things work, for a while, and then as the company grows and changes, the requirements of managing and nurturing the culture change too.

Algolia Search as a Service

Historically, the company didn’t have much in the way of an official mission statement. Their approach was initially pragmatic. “It was more about building and delivering on the ten-year vision,” Dessaigne says. They did try to introduce a mission statement, but Dessaigne was never happy with it; at the same time, he didn’t think it was that important. “I thought, no one works somewhere because of the mission statement.” He came to see, however, that having a clear mission and clarity of where you are, what you are doing, and why, are important to the team. “How wrong I was. I realized that everything people do is attached in some way to the mission – not only in the sense of the outside world, but internally too within the company. When you know where the company is going, and you see something you can do to help it get there, you take more risks and you hold the company in your mind.” He restarted the work to define a simple yet effective mission statement, which is to create a world-class developer experience and end-user experience. 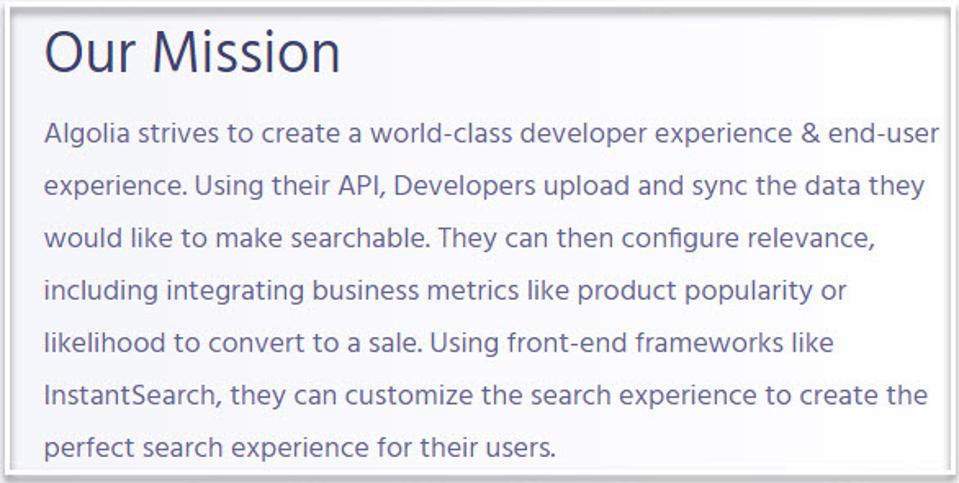 Dessaigne’s experience is not an anomaly; all too often leaders instinctively know where they’re going and mistakenly conclude that everyone else around them can read their mind and understand what they are thinking. As he explained, “There’s a moment when you openly discuss what you think everyone knows and understands, and you see people’s eyes widen as if it’s the first time they’ve heard what you are saying. You realize that it’s your fault; you hadn’t communicated the message clearly or explained and repeated it enough times to make it stick.”

Understand what values are driving your business

Algolia talk a lot about one of the cornerstones of the business, which is ownership, but it’s not included in the list of values (candor, grit, trust, care and humility). “Ownership is the output,” Dessaigne says. “We believe that our five values are the five core elements of ownership. If we live the five values, we will naturally achieve that sense of ownership, so it doesn’t need to be included as a value. You need to choose the values that are right and at the core of your company, not a list of words that cover all eventualities.”

Dessaigne commented that when they started defining the values, they highlighted the values that were apparent in the company. For example, it was clear from the beginning that the value of humility was being lived from the early days. The founders started out by developing a different product to what you see today and within two months had attracted enough customers to technically call themselves a business. They were pleased that they had achieved traction but then they received feedback from their users indicating that their creation was not as good as they had hoped. “There were just two of us at that time,” Dessaigne says. “and the feedback indicated that the product did not have the mass market potential we hoped for. So, we did our first pivot and shifted to a SaaS model. If we had had too much ego or arrogance, if we had not had an open attitude of humility, listened to feedback and learnt from what people were telling us, we would not have been able to make the pivot and we wouldn’t be where we are today. I see so many entrepreneurs make this mistake. Sometimes stubbornness works, of course, but most of the time, it doesn’t.” Having the humility to admit that their big idea wasn’t working out was critical to enabling the company to become what it is today – a rapidly growing 300+ person enterprise, with over $71m in VC funding. “One of the things we always try to hold onto in the business is that we don’t know what we don’t know. We need to stay humble, open minded and be open to what the market is telling us.” 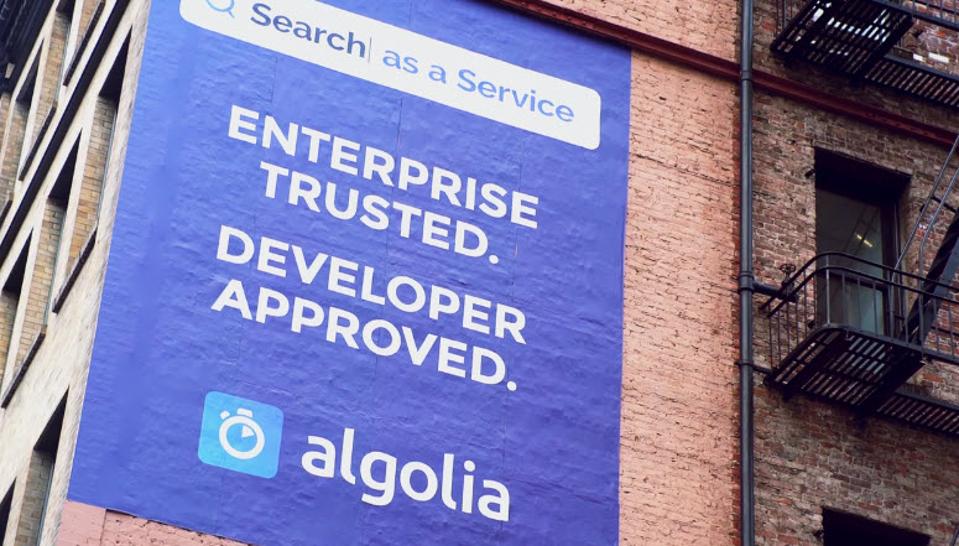 Don’t take your eye off the culture ball, especially when things are going well

In 2018, the team grew beyond 150 people (the Dunbar number), and that was when Dessaigne realized that for the whole of 2017 they had become complacent and forgotten about nurturing and developing the culture. The reason for their complacency was that it seemed to be working so well. That, Dessaigne warns, was a dangerous place to be. “Everything was working. The culture was figured out. It was awesome. But we dropped the ball because we hadn’t been actively working on our culture while things were going well. That impacted all aspects of the business negatively and created a lot of cultural debt that we’ve been working through this year. The truth is, that period during and after 2017 taught me that we need to be working on the culture continuously, irrespective of how things are going.” This theme – of continuously working on the company culture came through repeatedly in my conversations with Dessaigne. I was particularly struck by our discussion of one of the pillars of culture that is often neglected and was neglected at Algolia too until relatively recently: diversity and inclusion (D&I). “Historically we had always recruited with a focus on the candidate’s interest in the work we do and the fit with our values. In 2018, we became more proactive about D&I when we it dawned on us that we weren’t very diverse, especially in the engineering team.”

Algolia isn’t alone in that, of course. Workplace diversity is a global issue that has been on the political and corporate agenda for a while. “We started to solve that problem by creating an outbound recruitment strategy where we focus on only sourcing from under-represented minority groups. By the end of the year, we increased the percentage of under-represented minority employees from 4 percent to 11 percent. This is something that we will continue to work on and improve, especially if we want to be able to say we really live the Care value.”

When we spoke Dessaigne was in the process of hiring a Chief People Officer whose role includes being responsible for ensuring that the culture is continuously nurtured and developed. “I want to make sure we are a healthy organization that’s able to continue to scale effectively,” he says. “At every stage of a company, even if you think you have made it, you just have to wait six months to realize that you haven’t. Working on your culture is never finished. When you stop putting it upfront, you are going to make mistakes – not knowingly, not consciously, but mistakes will happen nonetheless.” That, for Dessaigne, is the reason why the culture at Algolia will be prioritized over growth. “I want to be very careful about not creating too much emphasis on growth if the culture is going to suffer,” he says. “If you don’t put culture first, by default it’s going to be second. As soon as you don’t keep it top of mind all day every day, you may not see what is really happening in the business.” I am inclined to agree; too many people talk about culture versus growth and miss the point – that culture can and should be one of the drivers of growth.

“Let’s be clear,” Dessaigne emphasizes. “I don’t believe we have the best culture. I believe in culture. There’s so much more work to do than what we do today and I see and recognize our mistakes every day. I don’t want to become too proud of the culture now because I don’t think we have nailed it. I don’t know that you ever can. If you do it right it’s a never-ending challenge. Culture is never finished.” 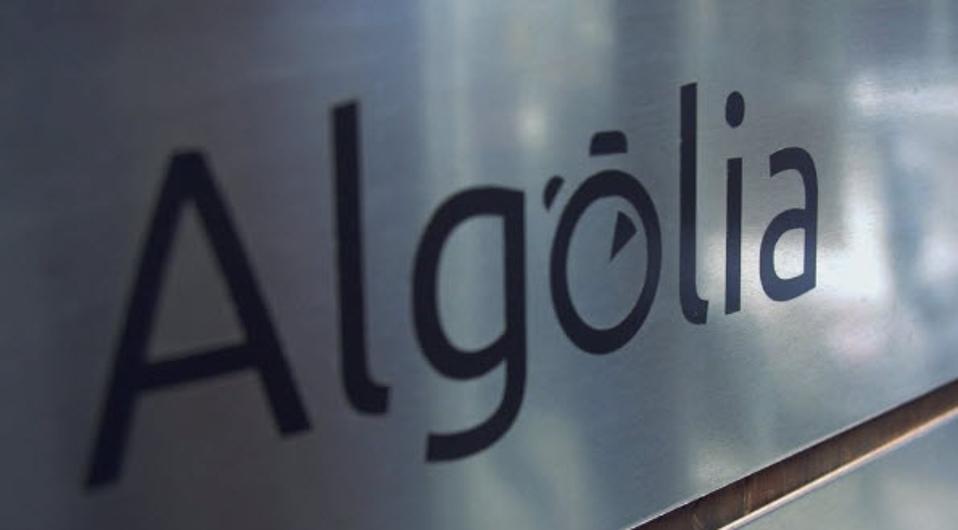 Algolia Thanks to the Courtesy of :