This story was written in collaboration with Forbes Finds. Forbes Finds covers products we think you’ll love. Featured products are independently selected and linked to for your convenience. If you buy something using a link on this page, Forbes may receive a small share of that sale. 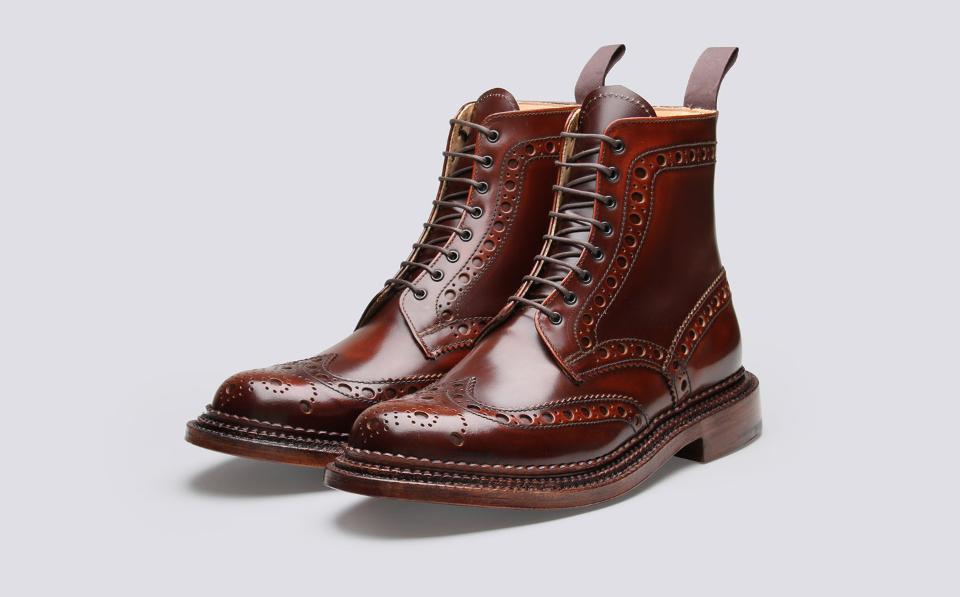 Boots are essential for fall—and winter.

A fall outfit isn’t complete without a good pair of leather or suede boots. A well-made pair of boots can look good with any outfit. Whether it’s for a romantic evening out, a fishing trip, or hiking, your leather boots will never feel out of place. First introduced some 5,000 years ago, boots are still being used for the very same purpose. If history tells us one thing about them, is that it’s they’re the perfect balance between form and function. Here’s how to step up your boot game this fall. 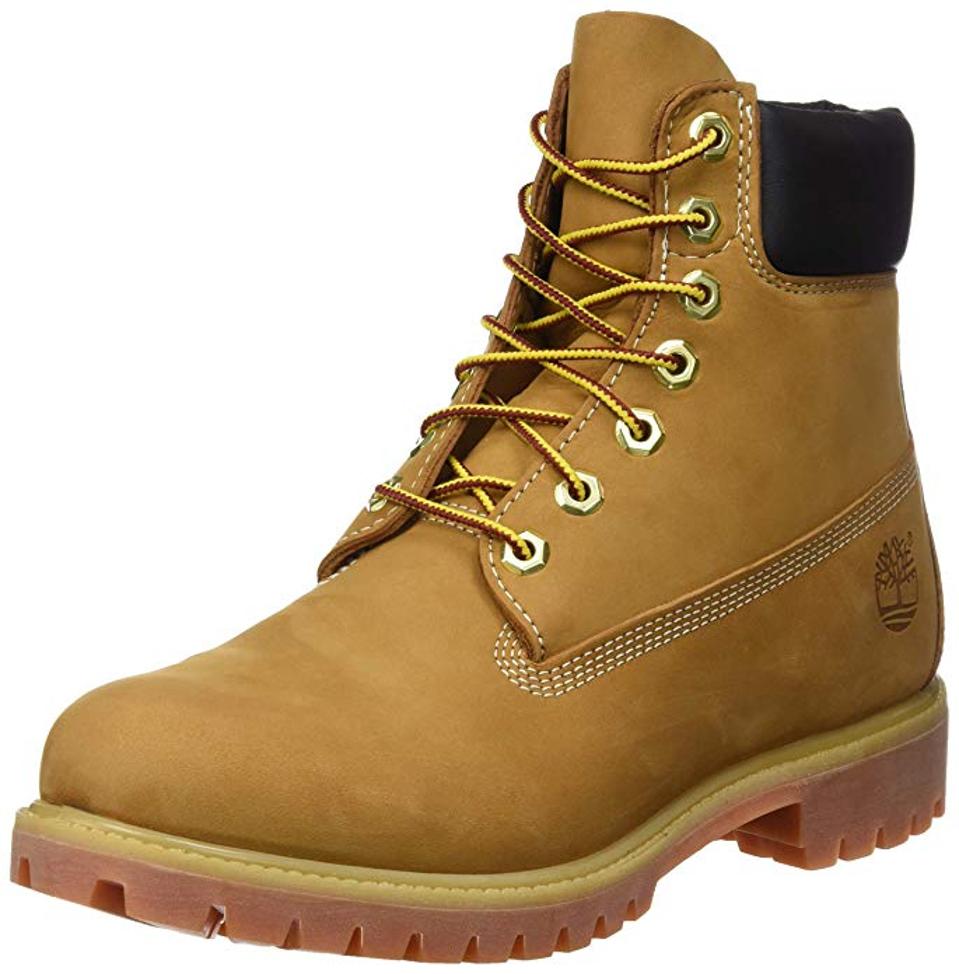 Timberland boots didn’t become fashionable until hip-hop artists in the 1990s began adopting them as a part of street-wear style. Today, it has become one of the most well-respected names in the industry because Timberland shoes are exceptionally well made and stylish and can take a pretty heavy beating before needing to be replaced or resoled. Made of 100% leather, its Contrast Collar Boot is versatile enough to wear during the fall and winter, especially when one is trudging through snow and ice. 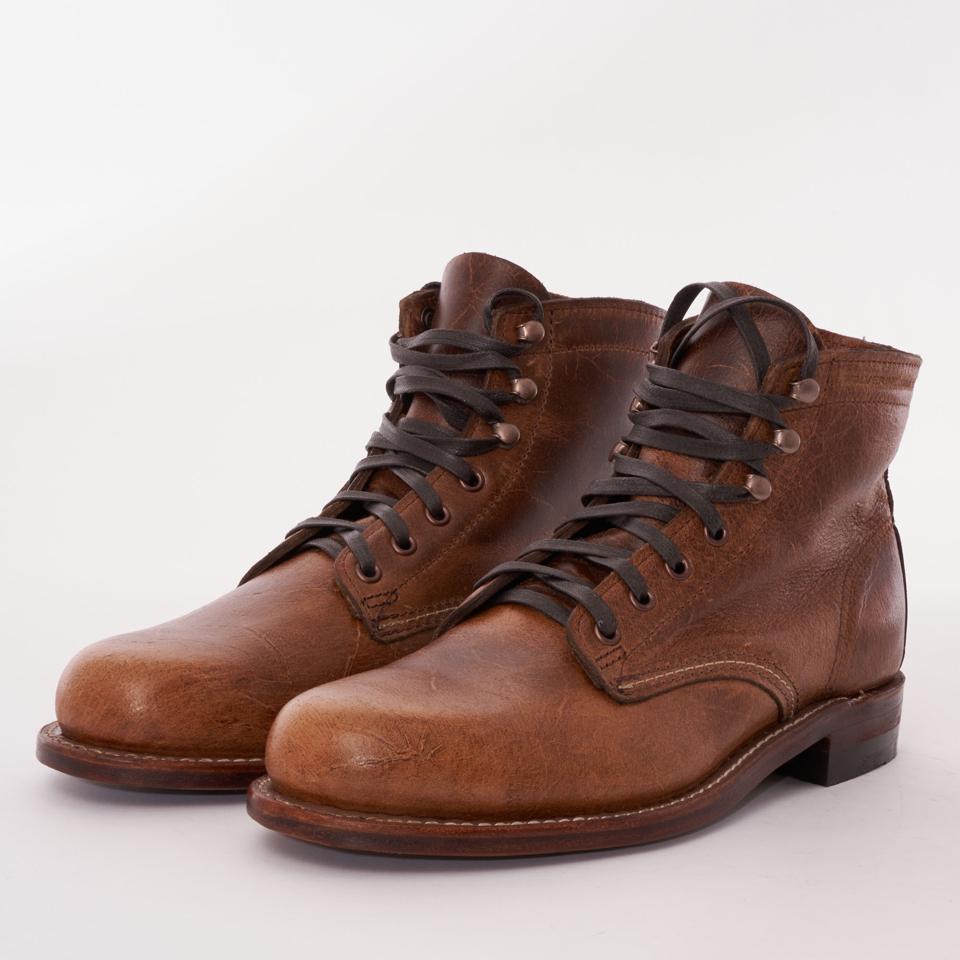 The Wolverine brand has earned its reputation for being high-quality and rugged, and they even have a special line in partnership with Harley-Davidson. But you don’t need to be in a biker gang to own the Wolverine Original 1000 Mile boot. Made of imported leather and handcrafted in the U.S., these Wolverine boots were built to last for 1,000 miles. 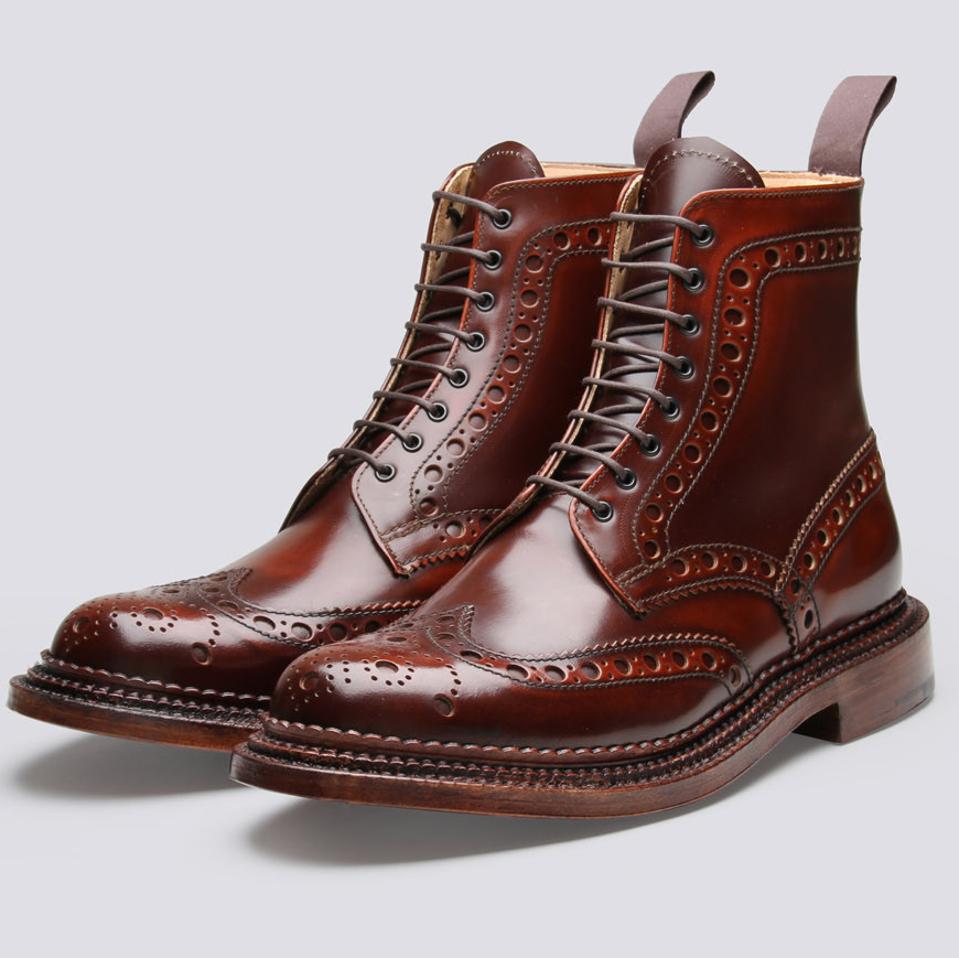 Grenson was founded in 1866 and supplied shoes for Allied soldiers for both World War I and World War II. It was the first American company to utilize the British Goodyear welting technique for shoemaking. Introduced in 2014, the Grenson Triple Welt Fred Boot is a classic brogue pair of boots that’s kept its history intact while introducing a new look for the modern man. 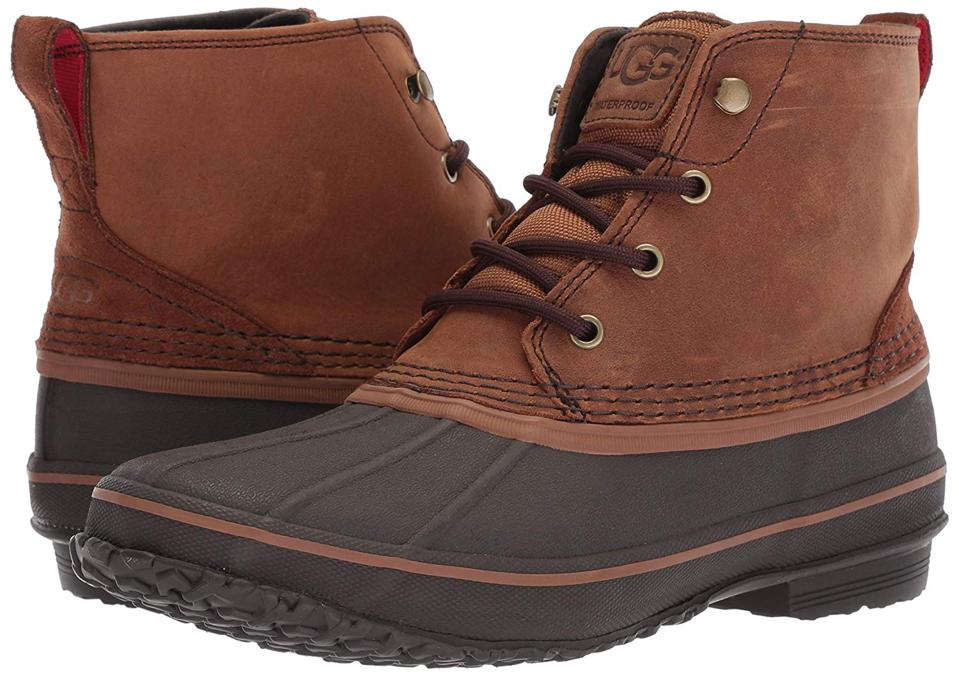 In the early aughts, UGG became more famous for making fluffy footwear for teen girls than for producing rugged boots. Today it has an extensive collection that caters to both genders. The UGG Zetik Waterproof Rain Boot are hefty boots lined with UGG’s proprietary UGGpure, a fabric made from 100% wool yet feels like shearling. They’re also waterproof and the bottom outer shell is lined with rubber, giving the Zetik even more resistance and protection from the elements. 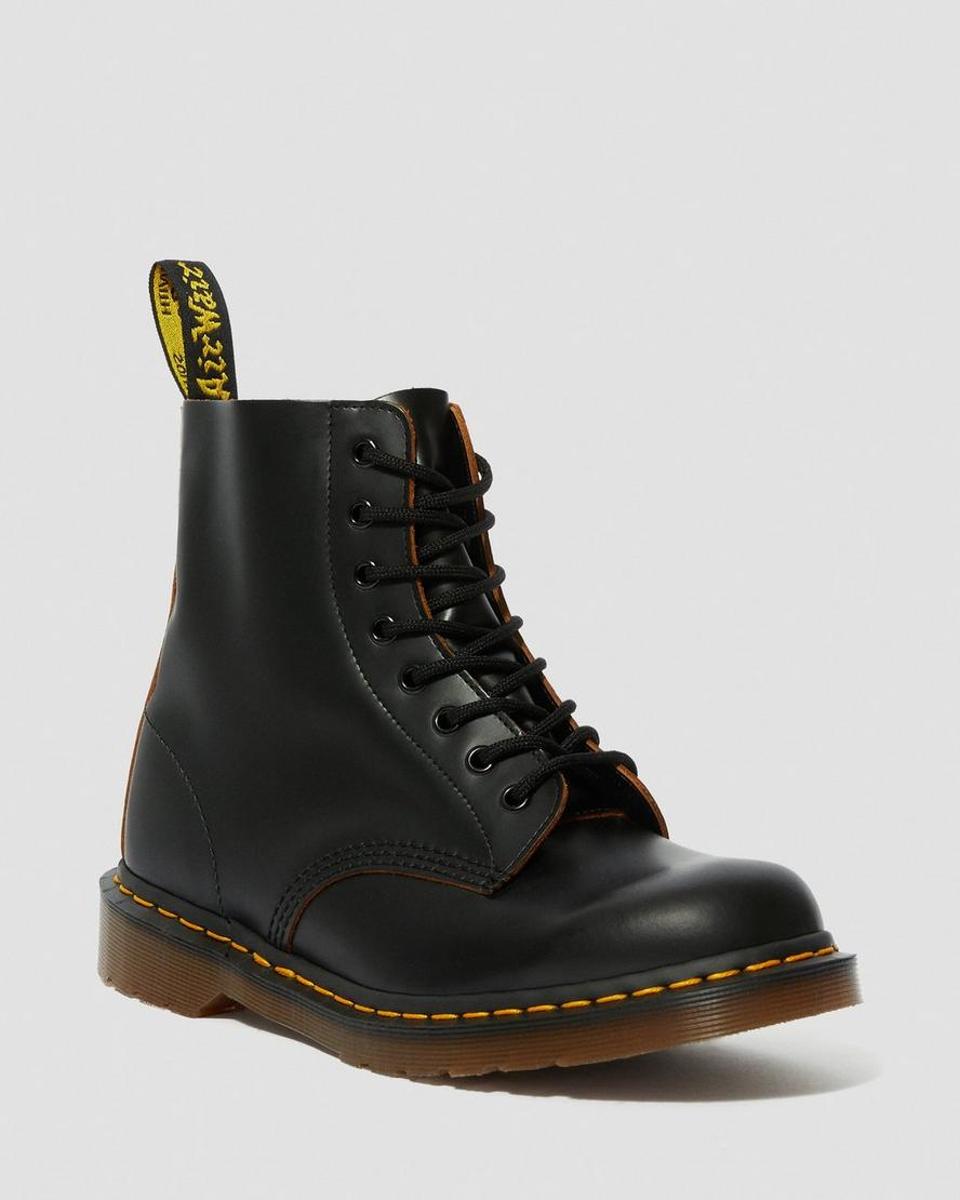 The Dr. Martens 1460 Boot is a cultural icon, a symbol of rebellion and a badass pair of boots, all in one. Originally made for patients with foot injuries, they became popular in the 1960s, when the hippies made workwear fashionable. The name 1460 came from the original date of its mass production, April 1, 1960. Today the Dr. Martens 1460 is still highly sought-after and considered an essential of punk fashion. 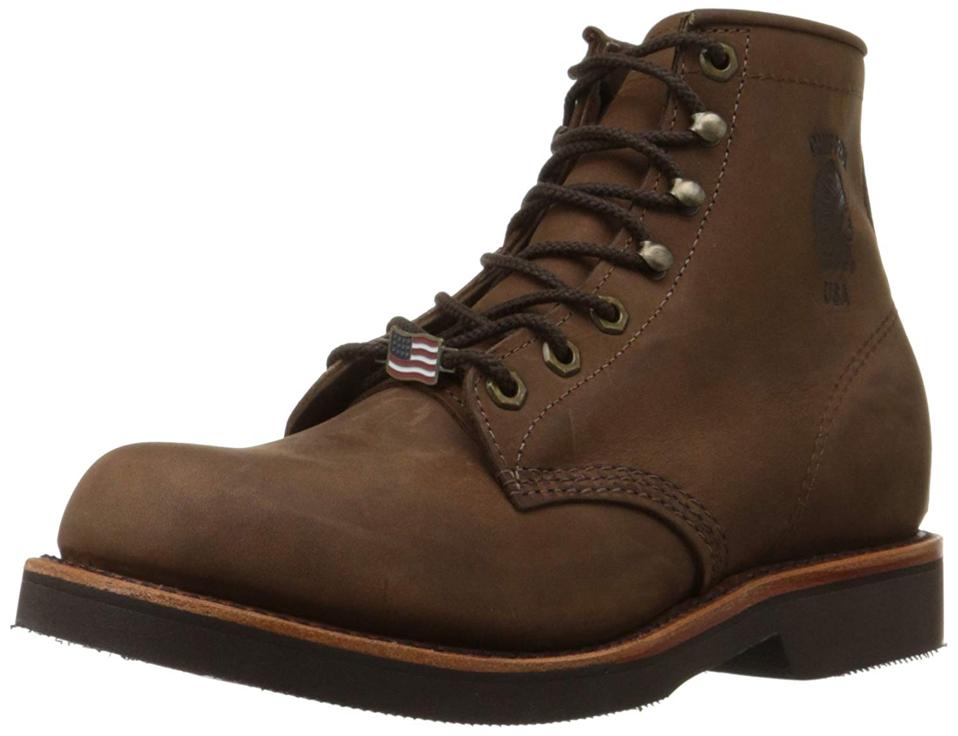 Chippewa boots were originally made for hard hat work, so they’re built with thick soles and rugged full-grain leather. It also has Goodyear welting, making future repairs simple. For those who require a tough pair of boots for work that can still look good enough to pair with a casual outfit, the Chippewa lace-up is as good as it gets. They’re not cheap, but the price is justified when you feel the quality of its materials. 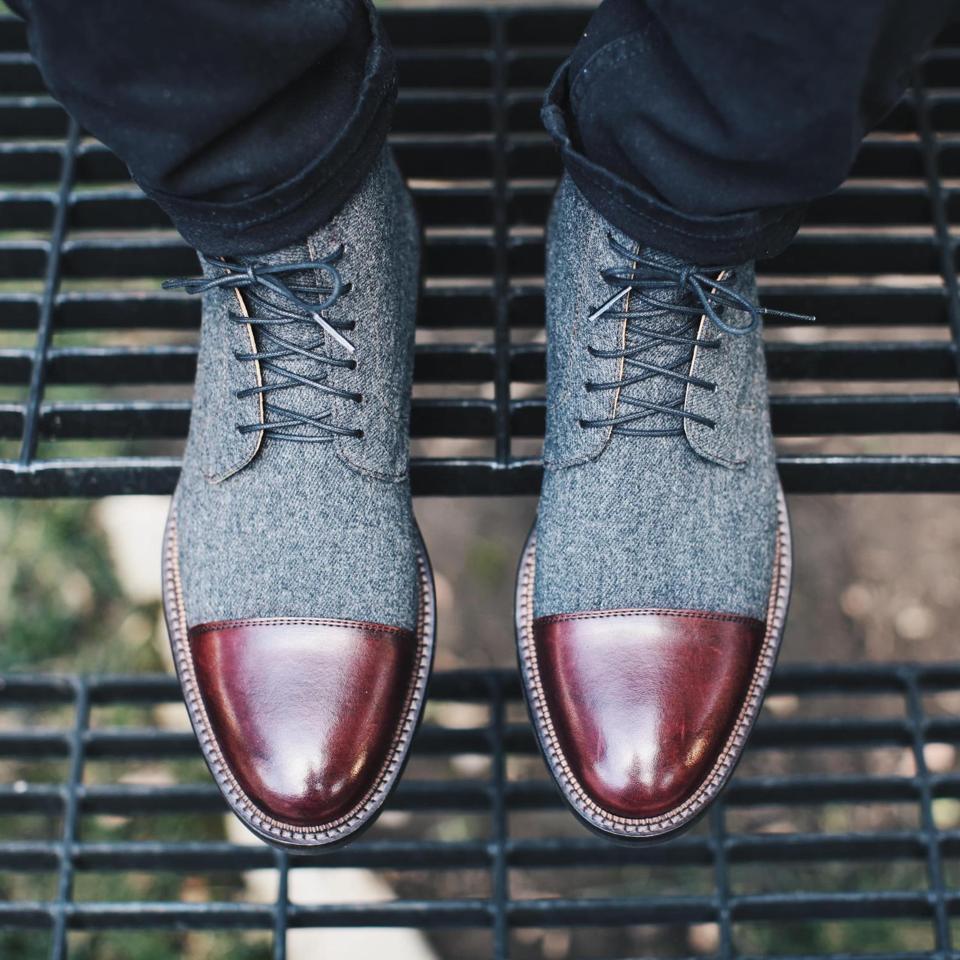 Unlike many other brands on this list, most of which have deep roots in America’s history, Taft is a relatively new company, founded in 2017. All Taft boots are handmade and features full-grain leather. Its pair of Jack boots have leather on the toe caps that are finished in oxblood colors. The company uses Blake stitching (instead of the more traditional Goodyear method) in order to keep costs down and make future resoling affordable.