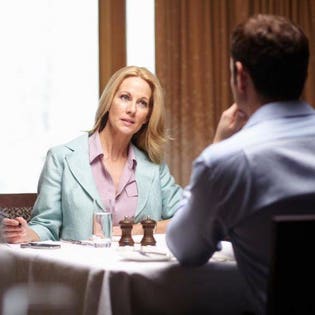 As entrepreneurs and business owners, people assume we do every aspect of the business, but that’s usually not the case. My business partner Jeff Wright and I have always made a point of being self-aware and acknowledging the areas where we need others. In fact, our team is one of the most important aspects of Phusion Projects’ success. It’s part of our DNA and has always played a major role in our different phases of growth. Going into our 13 th year in business, we’ve pinpointed several key factors when searching for people to join your team.

As an innovative startup, we’re cautious about people with long histories in the corporate world. That experience isn’t bad, of course — we simply like to acknowledge the culture shock that may occur when someone moves from a larger corporate environment to a smaller, more nimble environment. When hiring for a new role, it can be tough to decipher this from a resume, so we like to engage potential hires in projects or assignments that will show their abilities.

We typically do this by pinpointing a specific problem we’re facing, which depends on the department, but it often deals with a specific job function the person will handle if hired. This could mean a marketing problem, operations question, or data conundrum. We used to be obsessed with resumes, but we found over time that it’s better to dig down and get deeper with your prospective hires.

Cultural fit is an art.

Business owners and managers like to talk about their company culture and how to ensure their new team members “fit” with the environment. In reality, it’s an art more than a science. Rather than trying to evaluate this during an interview, which can feel too formal or strained, we engage with potential hires in a social setting such as a dinner or post-workday happy hour, which allows people to release their nerves. Stepping out of the office environment also gives us an additional opportunity to observe personality and see if it changes in a different setting.

We’ve developed our sixth sense in this area in recent years, and now it’s become easy to observe who may fit with the team. We look for self-starters who don’t cause drama and don’t have an ego. We know the best team members are those who have respect for others and don’t think they’re smarter than everyone around them. Although it may seem tough to gauge this at first, you can recognize the patterns over time as they show up in interviews and those evening social meetings.

When a new person expresses an interest in joining our team, I want to know what they want to achieve. People have dreams, and the happiest and most productive team members are those who are taking steps daily to reach their goals. At our company, for instance, new team members often want to be part of projects they can directly affect. They want exposure to aspects of the job that they wouldn’t experience in traditional corporate roles, where thousands of people may work on a project but don’t see their input in the end result.

During the interview process, the best way to observe this is through open communication. We have a conversation about accountability, results and feedback — both positive and negative — and notice the reaction. Some people are scared of this, and some are excited. You can sense gut feelings during these face-to-face conversations and whether the new team member may or may not want that type of risk in their life.

When possible, we like to include as many different perspectives, experiences and backgrounds on our team as possible. It’s beneficial to hire pros in our industry, of course, but we also value the new ideas that come from team members who think about the alcohol and beer industry in different ways.

We’ve done this several times now during the hiring process to bring in different perspectives, and it has been a smart choice each time. We believe that the nuances of most industries can be learned by smart people, so it’s more important to think outside of the box and hire an intelligent, driven worker than someone who simply has experience in the field. We often like to look for people from a different company or background who may have served in a similar role. It’s opened our eyes to other ideas and opportunities from other industries — and developed our in-house skill sets as well.