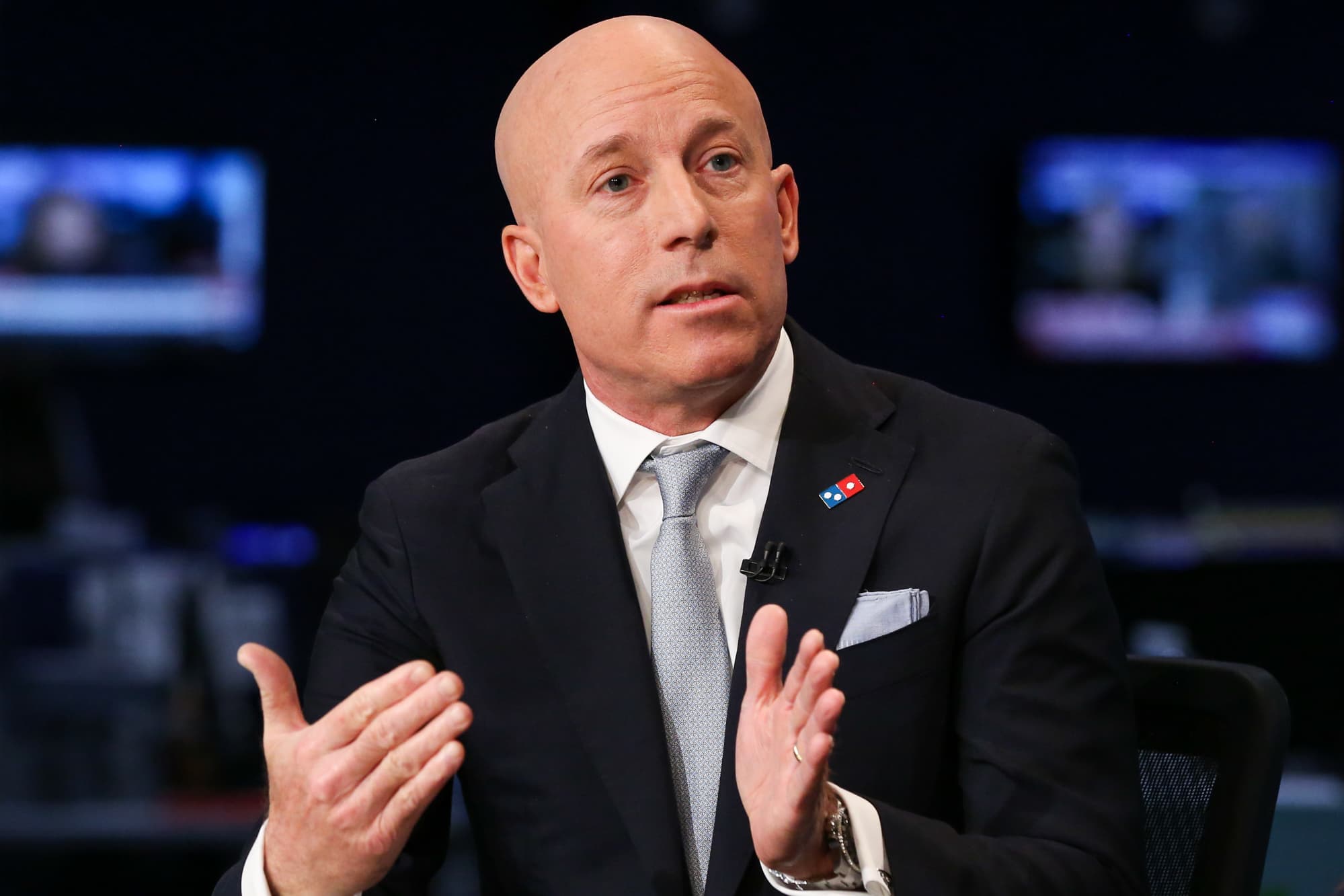 Domino’s Pizza has admitted the rise of third-party delivery apps puts pressure on its business, but it still has no plans to partner with them, CEO Ritch Allison said Tuesday at CNBC’s Evolve Conference in Chicago.

“We’ve had a very strong and profitable delivery business for many years now,” said Allison, who took over as CEO in June 2018. “So unlike a lot of the other restaurant brands, we don’t have to decide to get in or not, or try to figure out which of these third-party aggregators is ultimately going to be the winner at the end of this shakeout.”

Domino’s executives have mentioned the competition from third-party delivery apps such as GrubHub, Uber Eats and DoorDash on recent earnings calls, including in July, when the pizza chain reported weaker same-store sales growth.

Allison said then that he doesn’t expect the “aggressive activity” from the delivery apps to slow down anytime soon.

And in August, Domino’s announced plans to deliver pizzas through a partnership with an electric bike company, a move seen by many to compete with its third-party rivals. The Ann Arbor, Michigan-based company said it will improve overall delivery and service.

That isn’t the first time Domino’s has partnered with other companies. In June, it announced an autonomous delivery pilot in Houston with robotics firm Nuro, for example.

But those partnerships are fundamentally different than one with GrubHub or DoorDash would be, Allison said.

“Each time we take a look at technology, we look at all of the options. Do we build it? Do we partner? Do we go out and buy something?” Allison said. “For the things that are really core to our business, like our point-of-sales system, our digital ordering capabilities, we believe we have to own those.”

But a partnership with Nuro makes sense because Domino’s isn’t in the business of building cars or robots, Allison said.

“We’re going to build the interface around it for the customer,” he said.

Domino’s growth plan has been centered around a well-publicized “fortress” strategy: maintaining control over the delivery process, but adding new stores in existing markets to speed up delivery times.

Allison said that also helps Domino’s compete in the carryout space, which is another area of potential growth for restaurants.

“The No. 1 criteria when consumers choose is convenience with carryout, so we’re going to continue to build more units and get closer and closer to them,” Allison said.

And along with that, Allison said Domino’s will remain committed to its delivery strategy.

“We’re really focused on continuing to build that delivery business with our franchisees and doing it in a profitable way for them, and we believe that means doing it on our own,” he said.

CNBC Evolve will return, this time to Los Angeles, on Nov. 19. Visit cnbcevents.com/evolve to apply to attend.