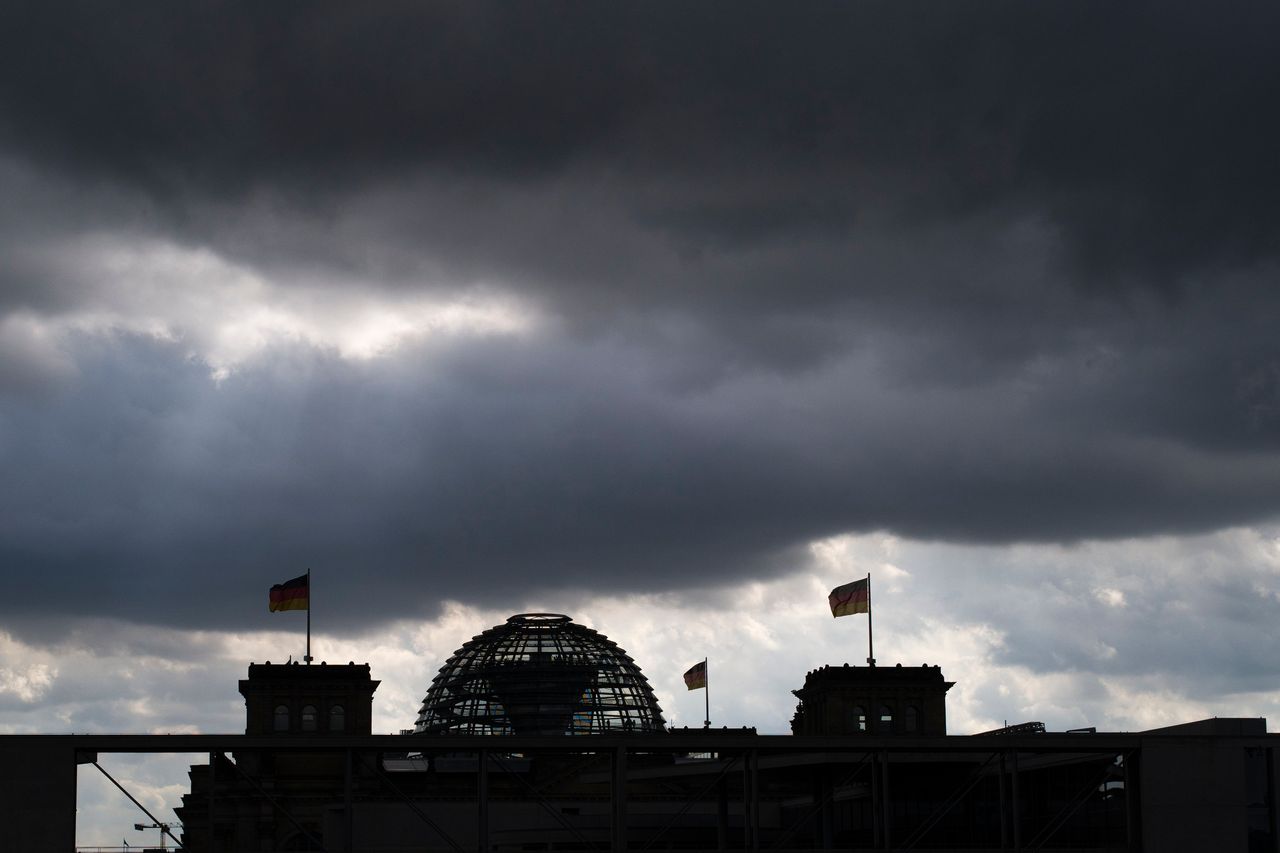 Germany is on the brink of recession, Americans are saving more, and investors are walking back their most pessimistic bets amid signs the U.S. economy is still growing solidly if unspectacularly. Let’s get the week started with a look at key developments around the world.

Europe’s economy is close to stalling. Closely watched gauges of factory and service-sector activity plunged in September as Brexit worries and trade tensions hit manufacturers and spilled into the rest of the economy. IHS Markit’s preliminary manufacturing index for the eurozone showed output falling for the eighth straight month, to the lowest level since December 2012. The service sector is still expanding but at the slowest pace in eight months. New orders for goods and services fell for the first time since January, expectations for the year ahead are stuck at one of the lowest levels since 2012 and companies scaled back hiring plans.

The U.S. economy has so far this year been more resilient than the eurozone’s, though faltering demand from Europe and China has squeezed American factories. IHS Markit’s U.S. surveys are due out today at 9:45 a.m. ET.

IHS Markit’s preliminary U.S. manufacturing and services indexes for September are out at 9:45 a.m. ET.

The New York Fed’s John Williams speaks at a Treasury market conference at his bank at 9:50 a.m. ET, the St. Louis Fed’s James Bullard speaks on the economy and monetary policy at 1 p.m. ET, and the San Francisco Fed’s Mary Daly speaks about economic opportunity at 2:30 p.m. ET.

President Trump is in New York City for the United Nations General Assembly. High on his agenda: Securing new U.N. action against Iran.

Japan’s preliminary Nikkei manufacturing and services indexes for September are out at 8:30 p.m. ET.

U.S. companies have filed more than 16,000 requests for exemptions from the $200 billion tranche of tariffs on Chinese goods that the Trump administration imposed one year ago. More than 10,000 have come from just one company: Arrowhead Engineered Products, Josh Zumbrun, Anthony DeBarros and Chad Day report.

The Ant vs. the Grasshopper

Americans are saving more. That’s money they’re not spending. From the 1980s through 2007, household saving followed a predictable pattern. It typically rose after a recession as people paid down debt and rebuilt balance sheets, then declined as they grew more optimistic, Paul Kiernan writes.

Stocks are a hair’s breadth away from records and Treasury yields are soaring at a pace last observed years ago, a shift that investors say points to an unraveling of fear-driven bets that sent markets tumbling in August. And the most persistent indicators of a potential recession have eased in recent weeks. The extra yield that three-month Treasurys offer over 10-year Treasurys, for instance, has shrunk to the smallest level since early August. Many investors believe the reversals coursing through markets now represent the walking back of pessimistic bets that roiled markets in August, Akane Otani reports.

Central bankers and governments are increasingly warming to the idea of “digitizing” their own national currencies. That is, they would issue money that would exist only virtually, without a paper or coin equivalent, and be universally accepted as a form of payment. How it might work remains unclear, but countries are experimenting with it, and the implications could be profound for everything from commerce to interest rates to privacy, Dave Michaels and Paul Vigna report.

The House on Friday passed a bill that would largely ban forced arbitration, the practice of companies requiring workers to resolve disputes outside of court. Hiring, cell-phone and credit-card contracts often include these arbitration agreements buried in fine print. Chances are you’ve signed one: More than half of workers are subject to mandatory arbitration, the left-leaning Economic Policy Institute found in a 2018 report. While the bill’s proponents say legislation would be a win for consumers, businesses worry that banning arbitration would lead to costly, delayed litigation in courts. But companies shouldn’t fret too much: Only two House Republicans voted in favor of the bill, signalling the Republican-dominated Senate is unlikely to pass the legislation. President Trump has said he would veto such a bill. —Sarah Chaney

The Federal Reserve says it isn’t listening to President Trump. The market doesn’t believe that. Economists Francesco Bianchi, Howard Kung and Thilo Kind find his tweets advocating lower interest rates have altered market expectations to the tune of 10 basis points in cuts. “Therefore, we provide evidence that market participants believe that the Fed will succumb to the political pressure from the President, which poses a significant threat to central bank independence,” they write in a National Bureau of Economic Research working paper.