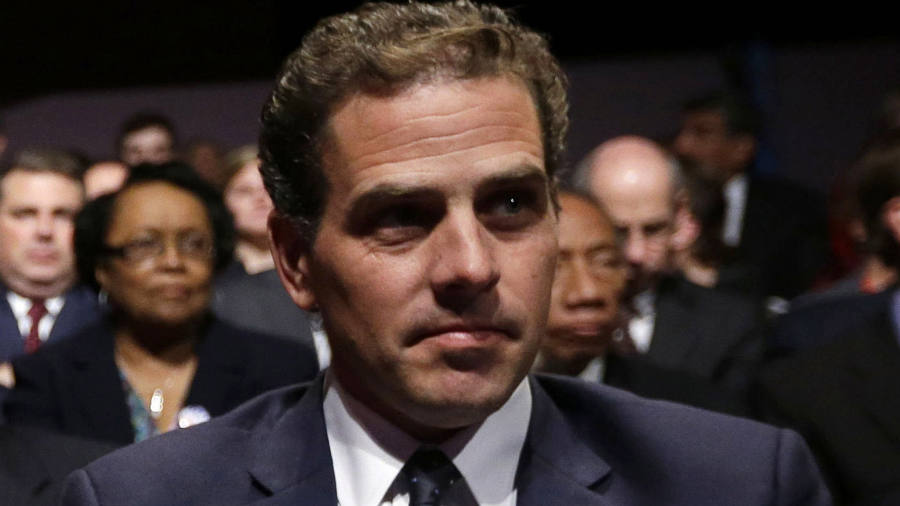 Donald Trump’s July 25 conversation with his Ukrainian counterpart, Volodymyr Zelensky, is at the centre of an escalating scandal that has consumed Washington in recent days.

The complicated saga stretches from the White House to Kiev to the 2020 campaign trail, and has revived calls among Democrats to begin impeachment proceedings against the US president.

But Mr Trump and his allies have sought to shift the focus to Joe Biden, the former US vice-president and current Democratic presidential frontrunner, and his younger son, Hunter Biden. On Monday Mr Trump told reporters at the United Nations: “If a Republican ever did what Joe Biden did, or if a Republican ever said what Joe Biden said, they’d be getting the electric chair by right now.”

How did this all start?

Earlier this month Adam Schiff, the California Democrat who chairs the House of Representatives intelligence committee, revealed that Joseph Maguire, the acting US director of national intelligence, had, in an unprecedented move, blocked the inspector general from sharing the nature of an “urgent” whistleblower complaint with Congress. It was unclear whether the White House or the Department of Justice were involved in the decision to withhold the information. The full details of the complaint have not been shared with the public.

However, US media have reported that red flags were raised over Mr Trump’s July 25 phone call with Mr Zelensky, in which the US president reportedly urged his Ukrainian counterpart to work with Rudy Giuliani, Mr Trump’s personal lawayer, to investigate Hunter Biden. The former vice-president’s son took up a lucrative board position with Burisma Holdings, a Ukrainian energy company, in 2014, when his father was still in office.

What is Donald Trump accused of doing?

Mr Trump acknowledged on Sunday that he discussed the Bidens with Mr Zelensky, but told reporters at the White House that there was “no quid pro quo . . . it was a warm and friendly conversation”. Mr Trump also said he would “love” to release a transcript of the call.

However, US media have reported that Mr Trump asked Mr Zelensky up to eight times to work with Mr Giuliani to investigate Hunter Biden, and critics have questioned whether the US president tried to leverage US foreign aid as part of the arrangement, in an attempt to damage Joe Biden in the run-up to next year’s election.

The White House delayed $250m in aid to Ukraine this year before releasing the funds last week.

On Monday, Mr Trump denied linking the aid money to an investigation of the Bidens.

But Mr Giuliani said he could not be “100 per cent” sure that the US president did not threaten to cut off military aid.

When asked on Fox Business whether Mr Trump threatened to withhold money from Ukraine, Mr Giuliani, the former mayor of New York City, said: “No, that was a false story.” But when challenged, he said: “Well, I can’t tell you if it’s 100 per cent.”

What are the Bidens accused of doing?

Mr Trump and Mr Giuliani have made a range of allegations about the younger Mr Biden’s activities in Ukraine. Most recently, Mr Giuliani accused Ukraine of paying Hunter Biden $3m in laundered money, but provided no evidence for his claims.

Mr Trump has repeatedly alleged that Joe Biden improperly pressured the Ukrainian government in 2016 to fire a top prosecutor who had opened an investigation into Burisma, in order to help his son.

The senior Mr Biden did call for the prosecutor’s dismissal and threatened to withhold $1bn in US loan guarantees if the prosecutor was not sacked. However, Mr Biden’s calls were part of a wider effort involving US officials in Kiev, Western allies and international groups, including the IMF and the World Bank, to crack down on corruption in the country.

Hunter Biden left his post at Burisma earlier this year and has been absent from the campaign trail as his father runs for president. The younger Mr Biden, who has struggled with drug addiction, separated from his wife, Kathleen, in 2016, and began dating his late brother’s widow, Hallie, the same year. Mr Biden has since ended his relationship with Hallie and married Melissa Cohen, a film-maker.

How have Democrats and Republicans reacted?

At the weekend, Joe Biden launched a robust defence of himself and his son, saying he had “never” spoken to Hunter about his overseas business dealings.

“Trump is doing this because he knows I’ll beat him like a drum, and he is using the abuse of power and every element of the presidency to try to do something to smear me,” the former vice-president added.

Meanwhile, on Capitol Hill, many Democrats have revived demands to begin impeachment proceedings against the president. Nancy Pelosi, the speaker of the House, has so far resisted calls to take steps to remove Mr Trump from office. But in a letter to lawmakers on Sunday, Mrs Pelosi said that if the White House continues to stand in the way of the whistleblower complaint being shared with Congress, “They will be entering a grave new chapter of lawlessness which will take us into a whole new stage of investigation.”

Congressional Republicans have largely stayed quiet since the scandal broke, though Lindsey Graham, a senator from South Carolina, said on Sunday that he hoped the president could “share, in an appropriate way, information to deal with the drama around the phone call”. Mr Graham continued to defend the president on Monday, saying the justice departmentshould launch its own investigation into the Bidens’ activities in Ukraine.

One of the only Republicans to break ranks has been Mitt Romney, the senator from Utah and former presidential candidate. He said on Twitter at the weekend: “If the president asked or pressured Ukraine’s president to investigate his political rival, either directly or through his personal attorney, it would be troubling in the extreme. Critical for the facts to come out.”

Mr Trump is expected to meet Mr Zelensky on Wednesday, on the sidelines of the UN General Assembly in New York.

In Washington, after initially refusing to testify, Mr Maguire will take questions from lawmakers in a public hearing on Thursday morning. Mrs Pelosi said Democrats “expect him to obey the law and turn over the whistleblower’s full complaint to the committee”.

“We also expect that he will establish a path for the whistleblower to speak directly to the House and Senate Intelligence Committees, as required by law,” she added.