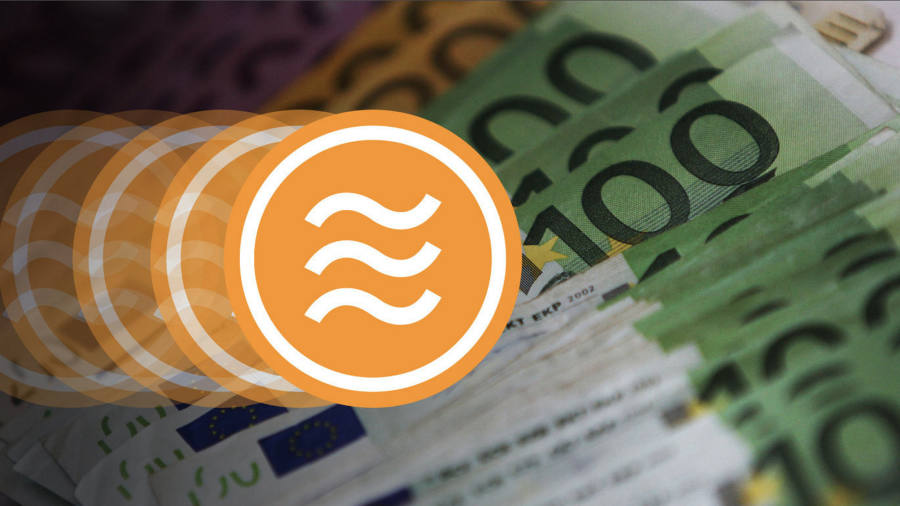 When Facebook announced its plans for a private digital payment token called Libra in June, its intention was hardly to goad governments into creating a public electronic currency instead.

But that may turn out to be just what it has achieved, by injecting political urgency into a technical debate previously confined to the research papers of central banks.

Bruno Le Maire, the French finance minister, wants next month’s World Bank and IMF annual meetings to open a global discussion on the need for government-issued electronic currencies, or e-cash.

Mr Le Maire has been one of Libra’s most outspoken critics. At a meeting of EU finance ministers earlier this month he said that “under current circumstances, we should refuse the development of Libra in the EU”, and called for a common European framework for digital currencies.

Another political impetus came from Mark Carney, Bank of England governor, who suggested in a speech in August that a new “synthetic” currency, “perhaps [provided] through a network of central bank digital currencies” rather than a private provider such as Facebook, could gradually replace the dominance of the US dollar in international transactions.

Why is this an issue now?

The Libra announcement shocked policymakers and regulators. The G7 group of large economies immediately set up a working group on Libra and other so-called “stablecoins”, chaired by Benoît Cœuré of the European Central Bank’s executive board.

This led to a “long, fruitful discussion” on the risks of Libra at a G7 finance ministers’ meeting in July that was “not pre-planned”, according to one official involved. The official added that there was a shared sense by ministers that they “need to seize this issue and find solutions at a public level”.

Earlier this month Mr Cœuré warned in a speech about the “formidable challenges” posed by Libra and similar private initiatives, citing concerns about safety and privacy, financial stability and central banks’ ability to carry out monetary policy. It was a “wake-up call” for central bankers, he said.

The recognition that Libra could succeed because it meets a consumer need has forced policymakers to think harder about how to meet that need themselves.

Mr Le Maire and Mr Carney have emphasised the need to facilitate cheaper and faster cross-currency money transfers, one of Libra’s most promising proposed functionalities.

What do central banks think?

With some justification, they could ask politicians: “What took you so long?”

Central banks had been investigating central bank digital currencies for years before politicians were jolted into action. For them, the concern has been how central banks carry out their functions when the monetary system is ever more digitised.

Sweden’s Riksbank, one of the pioneers in this area, is about to pilot an “e-krona”. It has promoted the idea because physical cash is increasingly falling out of use in Sweden.

Most central banks are more cautious. For the eurozone, which is particularly reliant on banks to channel finance between savers and borrowers, an important concern is how a central bank-issued currency would affect the banking sector.

In a crisis where the public worries about the health of banks, having access to central bank accounts “could make a bank run more likely”, said one worried central bank governor.

Masayoshi Amamiya, deputy governor of the Bank of Japan, said in a speech this summer that the BoJ had no plan to issue a digital currency but was researching the issue to learn more about it.

That stance reflects the position of central banks more broadly. A survey by the Bank for International Settlements in Basel reported in January that 70 per cent of the 63 central banks polled were engaged in theoretical research on how a digital currency would work.

Half of these had gone further into more hands-on proof-of-concept investigations, and a few were engaged in pilot trials.

Is it all theoretical?

Not at all. While only a few central banks in the BIS survey thought they were “very” or “somewhat likely” to introduce a digital currency in the next six years, one-third responded it was at least “possible”.

Uruguay has concluded a pilot “e-peso” project, and a director of the People’s Bank of China said in July that it was “almost ready” to issue a sovereign electronic currency.

The fact that politicians are taking a greater interest is likely to speed up this process, especially if a central bank from a developed economy such as the Riksbank conducts a successful trial.

What would it mean for consumers?

Depending on the exact design, it may not look very different from how people make electronic payments and transfers today.

Central bankers who are most closely involved in this subject, including Mr Cœuré and the Riksbank, are at pains to emphasise the role of the private sector in developing payment solutions.

The picture that is emerging is one in which private institutions are licensed to issue digital currencies either through accounts or “wallet” applications that are fully backed by central bank reserves, which are already electronic.

The BoE’s recent consideration to giving non-bank fintech companies access to its reserves was intended to encourage this type of system.

To consumers it would feel very much like the electronic payment and transfer solutions that are already available today through their banking apps or a service such as PayPal. The difference would be that both the safety of the intangible cash and the reliability of the transfers would be fully secured by the sovereign provider of money: the central bank.