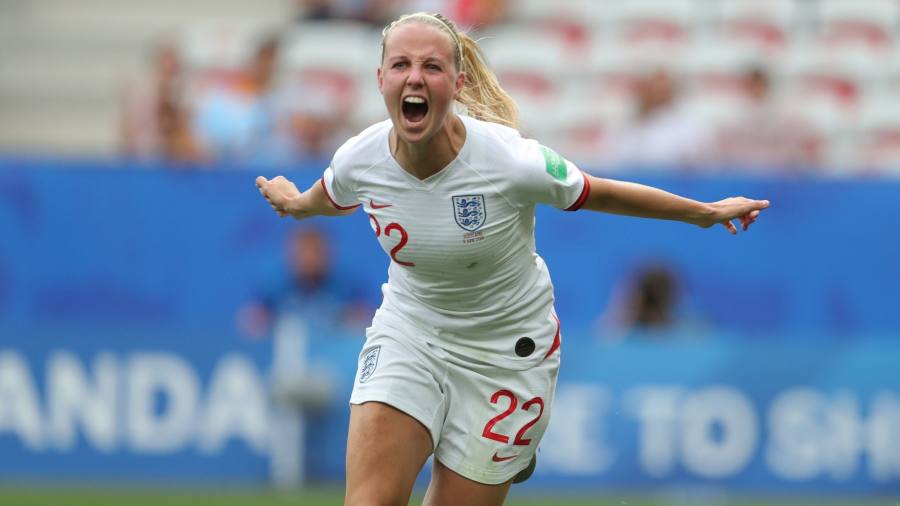 Last week The Sun newspaper published a story about what it called the “Haps”, the husbands and partners of England’s players in the Women’s football World Cup in France.

The paper predicted the Haps would be as important as the Wags, the wives and girlfriends of England’s male team, who it deemed a “calm and constant presence” at last year’s World Cup in Russia. They will need to be.

The Sun’s discovery of the Haps is just one sign of an explosion of commercial interest in women’s football that is both striking and disruptive.

In the football world, women have long been scrappy Cinderellas to the glittering princelings in the men’s leagues. Underpaid, underrated underdogs who sometimes seem to spend as much time battling off the pitch as on it. The US team arrived in France three months after suing their country’s soccer federation for gender discrimination. The Australians turned up as their union complained to Fifa that the $30m in prize money the international governing body was shelling out for the women’s World Cup teams was only 7.5 per cent of what the men got at their World Cup in Russia last year. Norway’s team had to do without their star countrywoman, Ada Hegerberg, one of the world’s best players. She thinks female players lack respect in Norway and has not played for her national side since 2017.

Yet this year’s women’s World Cup is also shaping up to be a turning point. England’s first game last week against Scotland was the UK’s most watched women’s football match of all time, according to the BBC, drawing a peak of 6.1m viewers that smashed the previous record of 4m set in 2017.

It was covered by journalists from the Daily Telegraph, which has just launched a dedicated female sports section as part of what it trumpeted was an “unprecedented investment” in women’s sport coverage by a UK publisher. Meanwhile, a wave of corporate money has been pouring into women’s football. In March, Barclays bank unveiled a £10m deal with England’s Football Association that the FA said was the biggest ever investment in UK women’s sport by a brand. Two weeks later, Boots, the chemist chain, said it would sponsor women’s teams in the home nations and Ireland for the next three years. Last month, Mastercard became the first major official partner for the Arsenal Women Football Club.

All this may be peanuts compared with the men’s game. But for some women’s football veterans, it has started to raise questions they could scarcely imagine a short time ago. Could a game that is still basically a start-up actually start making a profit? And if the money keeps rolling in, how will organisers make sure it is used for the good of the whole game and not just big star players and clubs?

“I’m already beginning to think we’ve got to start thinking about governance,” says lawyer Jane Purdon, chief executive of the UK’s Women in Football campaign group. “The rate of change is staggering.”

Ms Purdon started working in professional men’s football in 2001 and spent 10 years at the Premier League. She says the spiking levels of interest — and investment — in women’s football reminds her of watching the men’s game go from selling rights for hundreds of millions of pounds to billions. “I saw it all come in and it doesn’t feel like a dissimilar moment now.”

There is still a long way to go before the women’s game reaches anything like financial parity but the prospect of continued growth raises a fascinating question: will its character change? The game has a reputation for fresh underdog charm today that is quite unlike that of the island-buying, Bentley-driving, tax-dodging players who make men’s football so entertaining. Sponsorship offers companies an untapped chance to flaunt their belief in equality. Big money, on the other hand, offers players a chance to be as flashy and dire as the men.

I am all in favour of this. True equality means women have the right to be as useless or appalling as they please. But watching how the players, and their sponsors, deal with the temptations money brings could prove to be one of the game’s most compelling spectacles yet.