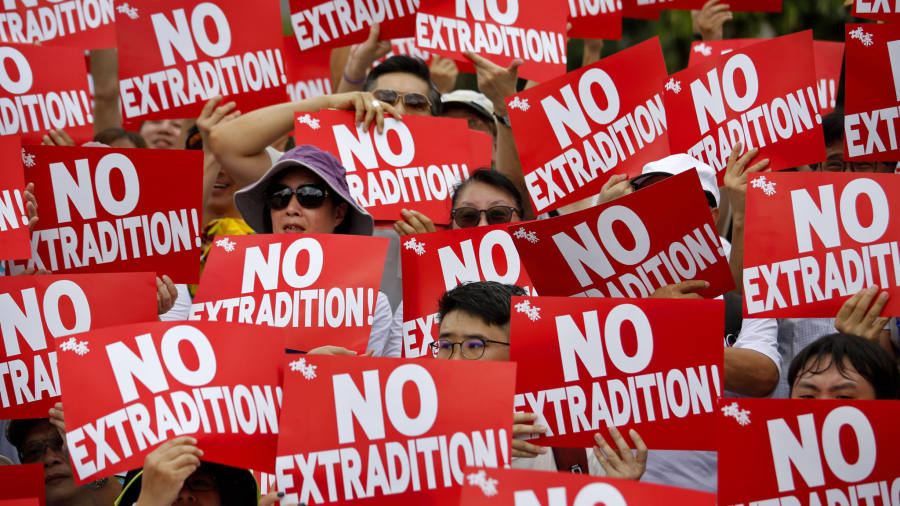 During the protests against the Hong Kong’s extradition bill this week that brought parts of the city’s central business district to a standstill, the demonstrators chanted a single word: “withdraw”.

Carrie Lam, the territory’s leader, seems to have finally heard the protesters’ cries. On Saturday, Hong Kong’s chief executive suspended indefinitely her extradition bill, one of the most controversial pieces of legislation introduced in the territory since its handover from Britain to China more than two decades ago.

Why did Ms Lam undergo such a sudden change of heart on something upon which she has staked her own and Hong Kong’s reputation? A career civil servant appointed by a select committee handpicked by Beijing, Ms Lam pledged to unite society when she took office in 2017. But in pushing the extradition bill, she has triggered a domestic political maelstrom and in the process unwittingly turned Hong Kong into a potential target in the bitter trade war between Beijing and the US.

Ms Lam has argued the bill, which would allow criminal suspects to be extradited for the first time from Hong Kong to mainland China and other jurisdictions such as Taiwan, is needed to close a loophole allowing criminal fugitives to use the territory as a haven.

Critics of the bill, however, argue it could be misused by China to take custody of political opponents or others living in Hong Kong or passing through the territory, one of Asia’s principal aviation hubs, on trumped-up charges.

In spite of a growing international and domestic backlash against the bill, Ms Lam continued to insist on the proposal, even after hundreds of thousands of people staged a peaceful march to oppose it last Sunday. It was only on Wednesday after protests against the bill erupted into violence in scenes rarely seen in Asia’s premier financial centre that Hong Kong’s establishment thought better of the proposal.

By this time, not only were ordinary Hong Kong people opposed to the bill, seeing it as a threat to the civic freedoms guaranteed them after the handover from Britain, but business was worried the proposed legislation threatened rule of law in the territory and was generating political uncertainty. On Friday, senior pro-government figures associated with Ms Lam’s administration started to call for the bill’s suspension.

Worse yet for Hong Kong, the US, began eyeing the territory as another possible stick with which to beat Beijing in the trade war. Congress on Thursday introduced a bipartisan Hong Kong Human Rights and Democracy Act that could remove the city’s unique trading privileges with the US if the government did not uphold its freedoms.

Ms Lam has insisted the extradition bill was her idea — not Beijing’s. But it was probably Beijing along with the city’s tycoons that demanded she suspend it, believing it was not worth the trouble in the context of the trade war and the cost to the city’s reputation.

Ultimately, whatever Ms Lam’s personal failings, leading Hong Kong is an impossible task — how to respect the city’s freedoms while serving an authoritarian master in Beijing. Without democratic legitimacy, Hong Kong’s leaders will always struggle to push through unpopular measures.

Ms Lam has said she will continue with consultations on the bill. But that is if she keeps her job. History does not favour her. Tung Chee-hwa, Hong Kong’s first postcolonial leader, was forced to step down after he failed to pass a similarly unpopular piece of pro-Beijing legislation, an anti-subversion bill, in 2003.

Ms Lam may need to don one of the protesters’ distinctive hard hats if she is to survive the political flak about to rain down on her head.