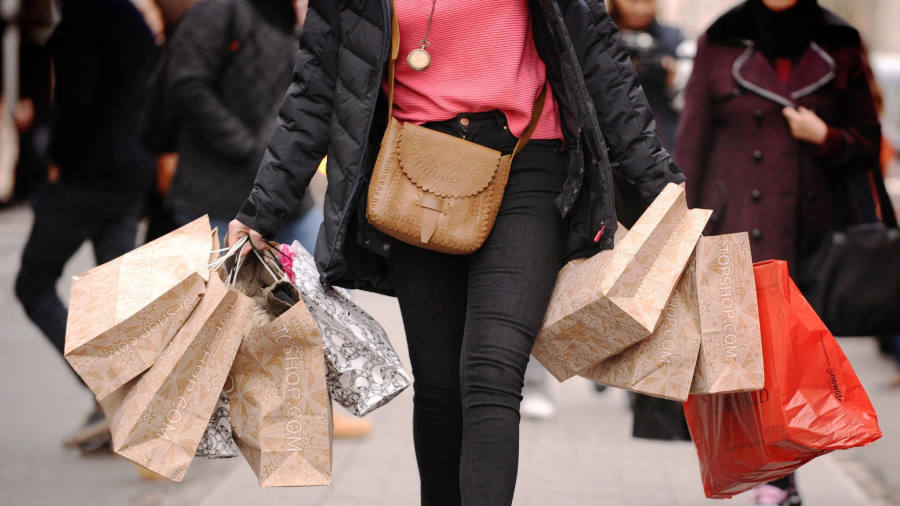 US consumers splashed out on autos, electronic gadgets and appliances last month, easing fears of an economic slowdown and dampening expectations of a quick interest rate cut by the Federal Reserve.

Headline retail sales rose 0.5 per cent month-on-month in May, the commerce department said on Friday, offering evidence that consumption had accelerated from the upwardly revised retail sales growth of 0.3 per cent in April, even as the trade war with China deepened.

The strong data on consumer spending caused some forecasters to upgrade their estimates for US economic growth in the second quarter of the year, with economists at JPMorgan Chase raising their projections to 1.75 per cent from 1 per cent, suggesting the US was grappling with a modest slowdown at this stage.

While Fed officials have sent strong signals that they were prepared to cut interest rates on the back of a deterioration of the economic outlook and growing uncertainty over US trade policy, economists tempered their expectations for monetary easing in light of the stronger data.

“Decent US retail sales numbers suggest consumers are shrugging off the negative trade headlines and support our view that markets may be too aggressive in their interest rate cut expectations,” said James Knightley, chief international economist at ING.

“Without doubt economic growth is slowing, but May’s retail sales data suggests second quarter consumption growth could be as strong as 4 per cent annualised, with GDP growth around 2 per cent,” said Paul Ashworth, chief US economist at Capital Economics. “That is much better than we previously feared.”

The Fed was “unlikely to unveil a panic rate cut”, Mr Ashworth added.

The US central bank’s monetary policy-setting committee will gather next week for a meeting, followed by a press conference by Jay Powell, the Fed chairman. Most economists are expecting it to keep rates on hold.

“The goal of Powell’s remarks, we believe, will be to maintain optionality for a July ease, while not conveying that such a move is a foregone conclusion. This will be a difficult balancing act,” said Michael Feroli, an economist at JPMorgan Chase.

Retail sales have been on a wild rollercoaster ride this year, growing at a healthy clip in January, then dropping in February, followed by the biggest gain in 18 months in March.

One countervailing indicator on consumption on Friday came from the preliminary reading of the University of Michigan’s monthly consumer sentiment index, which sank to a three-month low of 97.9.

Investors moved out of Treasuries following the release of the retail sales data, pushing yields higher. The yield on the benchmark 10-year note reached 2.1081 per cent, having been as low as 2.058 per cent earlier on Friday morning, but much of the rise had been reversed by lunchtime in New York. The two-year Treasury yield also gave back about half its post-retail sales gain.