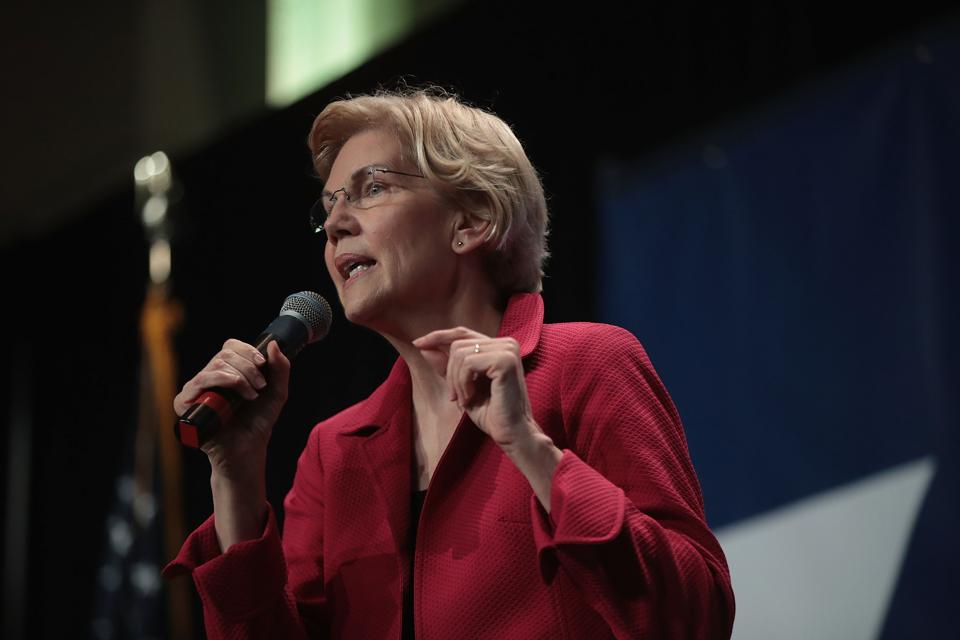 To qualify, minority entrepreneurs need to have less than $100,000 in household wealth. (Photo by Scott Olson/Getty Images)

Topline: Presidential hopeful Elizabeth Warren has proposed a $7 billion grant program to fund minority entrepreneurs that would be paid for by her proposed Ultra-Millionaire Tax.

When starting a business, Warren says that minority founders are already starting at a disadvantage. With less income to start out with, minority founders, on average, have less of their own money to put into their business and less collateral to attract outside credit. Citing a study from the Minority Business Development Agency, Warren says that access to financial capital limits the growth of minority-owned businesses.

“Many women and people of color have difficulty raising a friends and family round or getting that initial funding, so a grant sounds like the path to go down if it’s distributed properly,” Candice Mathews Brackeen, the executive director of the Hillman Accelerator, a Cincinnati-based program for underrepresented startup founders, told Forbes.

She added that while Warren’s plan is a great idea, government bureaucracies may move too slow for some entrepreneurs.

The Small Business Administration already has grant programs for minority-owned businesses, although Warren’s would be the first with a household wealth threshold.

Sylvia Flores, the CEO and co-founder of the San Francisco-based Manos Accelerator, which focuses on Latino founders, said that government grants have been instrumental in increasing the number of companies that can participate in her accelerator free of charge. In 2014, Manos Accelerator was the recipient of a $50,000 SBA grant for funding minority entrepreneurs.

“We’re not looking for philanthropy. I don’t think it’s good to have handouts.” Flores said. “However, we’re not on the same playing field. We don’t have the networks and the connections as others.”

How does Warren intend to pay for this? The grant program would be paid for by another Warren proposal, the Ultra-Million Tax.

But as Warren announces a slate of ambitious progressive policies, from canceling student debt to Medicare For All, some are concerned that she won’t be able to pay for all of them, even with a wealth tax increase. Not to mention that enforcing such a tax plan would cost even more money.

“If we focus on minorities, it’ll benefit the whole country,” Flores said. “So I think of it as an investment and not a handout.”

Among the crowded Democratic field, the racial wealth gap has become a common talking point, particularly for Senator Cory Booker who introduced a bill last year to address the issue.

“Because the government helped create that wealth gap with decades of sanctioned discrimination, the government has an obligation to address it head on — with bold policies that go right at the heart of the problem,” Warren’s proposal says.